This paper deals with a group of late sixteenth-century French mathematicians and jurists who shared an interest for a reform of logic aimed at creating a single scientific method for all disciplines. The main idea - derived from Lorenzo Valla's theories - was that scientific method can be unified because all sorts of syllogisms, both certain and simply probable, complete or abbreviated, can be legitimate forms of reasoning. Stricter conditions were put on language, via the three "Ramist" laws of method. Algebra, a medieval art transformed by these authors into a humanist discipline in classical Latin, was reformed in order to meet these new requirements. Through a reading of some algebraic, logical and juridical texts, the paper shows how algebra was expected to become the ideal vehicle - neutral, short and clear - of "scientific facts". 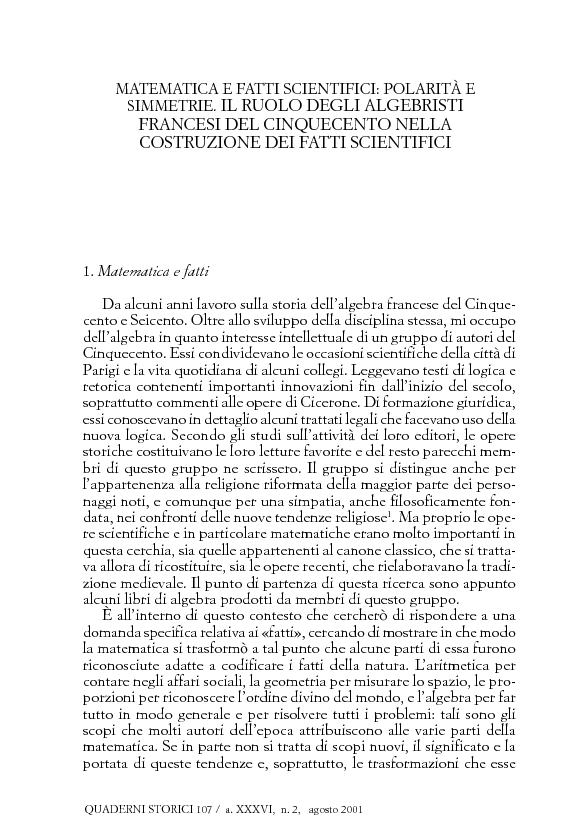