The article deals with some recent alleged cases of torture occurred in Egypt (namely, those involving Giulio Regeni and Patrick Zaki), in relation to which the Italian Government holds some special interests. The question is whether it is possible and desirable for the Italian Government to use the tools provided by international law to solve the dispute with Egypt, pending criminal proceedings before national courts. After depicting the possible violations of the UN Convention against Torture (CAT) that have allegedly occurred in the two cases (section 2), the article examines the feasibility of the pathway outlined in Article 30 of the same Convention, which would allow the judicial settlement of disputes before the International Court of Justice (section 3). To this end, the article delves into the existence of the preliminary conditions for the Court’s jurisdiction (sections 3.1 and 3.2), the requirements for the admissibility of the claim (section 3.3), as well as the expediency of such an initiative (section 3.4). As an alternative to the hypothesis of ‘jurisdictionalising’ the divergence between the two States, other instruments aimed at promoting and ensuring the respect of human rights in Egypt are considered, in particular, those deployable by the European Union (section 4), whose action in the economic and commercial field (section 4.1) and sanctioning powers (section 4.2) could impact on the Egyptian counterpart and exert pressure to find a resolution for the cases at hand. Section 5 concludes 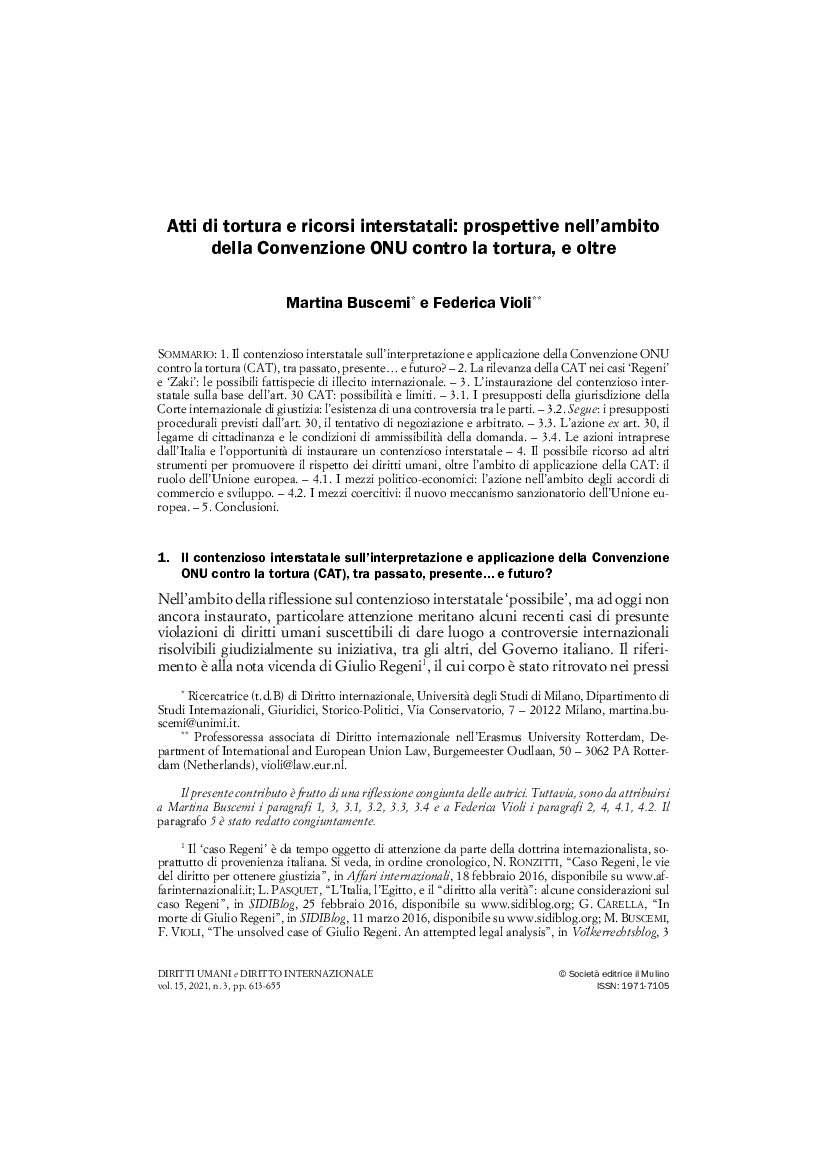