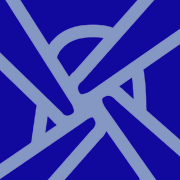 In a short time, "il Mulino" became one of the most interesting reference points in Italy for the political and cultural debate, and established important editorial relationships in Italy and abroad.

Editorial activities evolved along with the review: in 1954 was founded the il Mulino publishing house (Società editrice il Mulino), and were initiated research projects (focusing mostly on the educational institutions and the political system in Italy), that eventually led, in 1964, to the establishment of the Istituto Carlo Cattaneo.

In 1964 all the activities were methodically restructured, and placed under the control of the Associazione di cultura e di politica "il Mulino", a non-profit association of people who contributed to the development of the group's various activities.