In Latina America, presidential term limits represent an institutional feature aimed to safeguard democracy by preventing the concentration of power in the executive branch and the raise of phenomena such as continuismo and caudillismo. Since the 1990s, however, there has been a trend toward the dismantling of proscriptions on consecutive re-election by incumbent presidents. Furthermore, in recent years, the national courts of Honduras, Nicaragua and Bolivia declared the illegitimacy of these provisions and stated that limits to presidential re-election violate the right to elect and be elected. Against this background, the IACtHR issued the Advisory Opinion OC-28/21, in which it stated that presidential re-election without term limits does not constitute an autonomous right protected by international human rights law and declared that enabling such a re-election is contrary to the obligations established in the American Convention on Human Rights. The article aims to discuss the extensive interpretative approach adopted by the Court and to place it within the broader debate on the IACtHR functions. 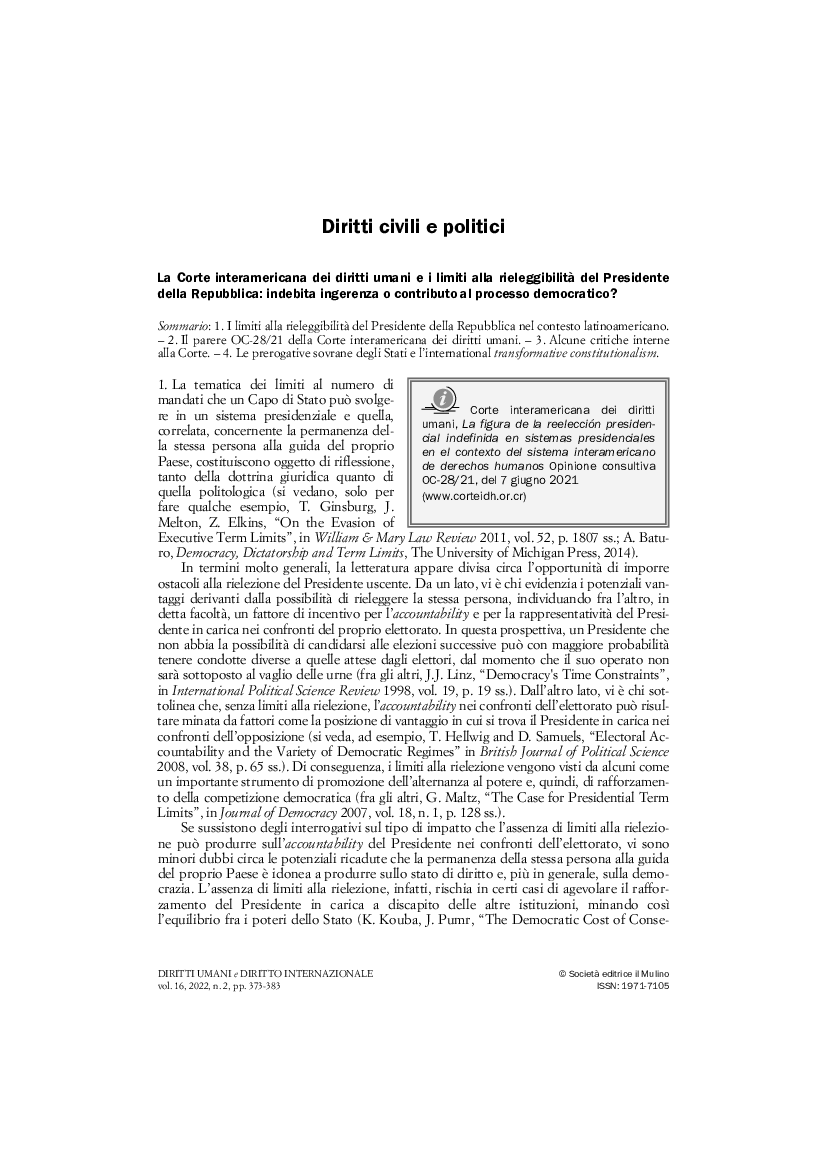