This article addresses the principle of universal criminal jurisdiction, according to which a State is entitled to prosecute offenders even in the absence of any genuine link between the crime committed and the prosecuting State. In the first part, the paper looks at the concept of universal jurisdiction under custom-ary international law as well as its scope and application. In this regard, it is argued that although the universality principle is well-established, much confusion and uncertainty still reign over this topic. In particular, it remains unclear whether universality should be asserted subject to the condition that the alleged offender be in the territory of the prosecuting State or whether universal jurisdiction may only be exercised as a ‘last resort solution’ based on the principle of subsidiarity. Furthermore, the article ad-dresses how the exercise of universal jurisdiction interacts with rules on personal immunities. The second part of the paper deals with the principle of universality as implemented in the Italian legal system. It analyses both the current legislation and the proposal made by the Commission recently appointed by the Minister of Justice to draft a Code for International Crimes. In conclusion, the article advocates the adoption of the provisions suggested by the Commission, which would entitle Italian authorities to pros-ecute perpetrators of crimes under the Rome Statutes when present in the territory of the state. 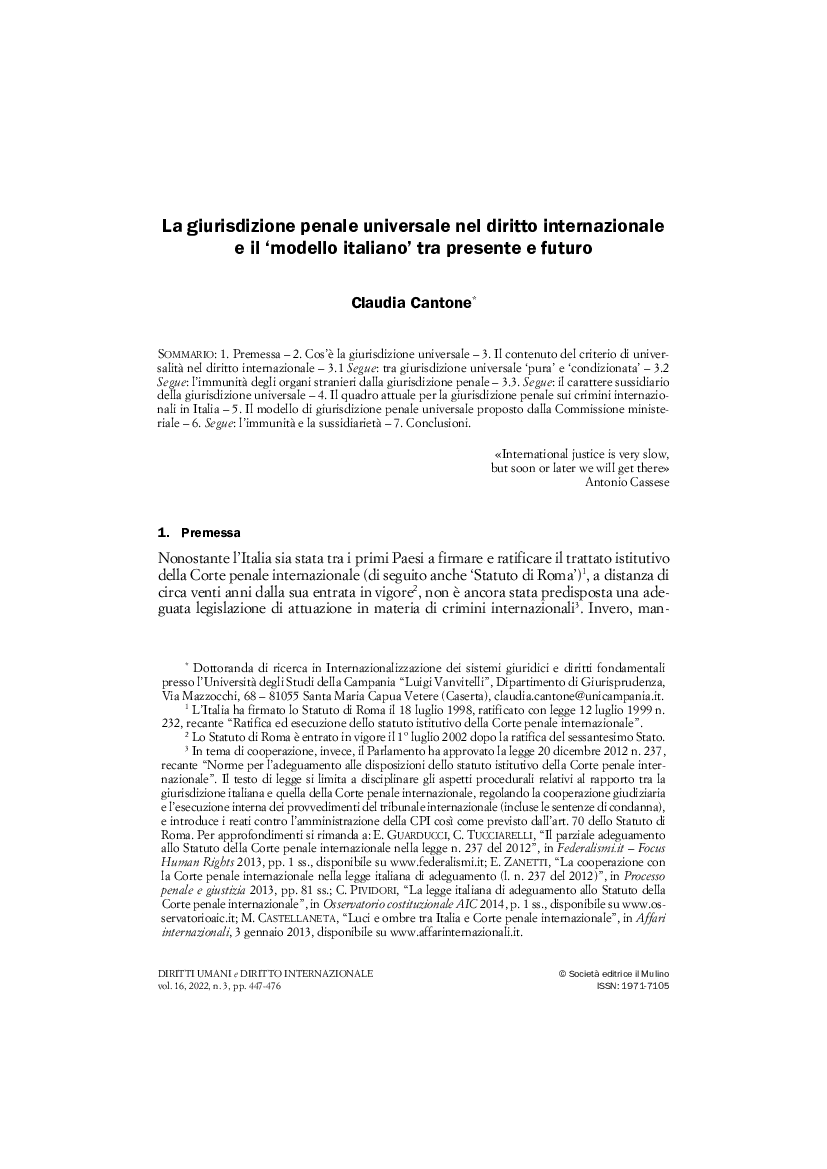