The purpose of this contribution is to analyse three recent judgments rendered by the European Court of Human Rights against Austria and Italy in domestic violence cases. The two Italian cases (Landi and De Giorgi) share one common feature: the inactivity, including the judicial passivity, of Italian authorities which did not prevent domestic violence against the applicants and their children to occur. Reflecting on a previous judgment, Kurt v. Austria, this contribution argues that the Court has elaborated a «due diligence test» in domestic violence cases that takes into consideration the specific character of domestic violence as a form of discrimination against women. This test considers the Istanbul Convention as a tool for interpreting the provision of the European Convention on Human Rights, including Arts 2 and 3. In particular, Art. 51 of the Istanbul Convention, as interpreted by the monitoring mechanism, GREVIO, is a useful tool to appreciate the content of positive obligations States must abide by in domestic violence case. This contribution encourages an open acknowledgment by the European Court of Human Rights, also in the merits of its judgments, of the relevance of the Istanbul Convention as a tool for interpretation of the European Convention on Human Rights. It also suggests that the due diligence test must endorse a gender, child and trauma-sensitive approach. 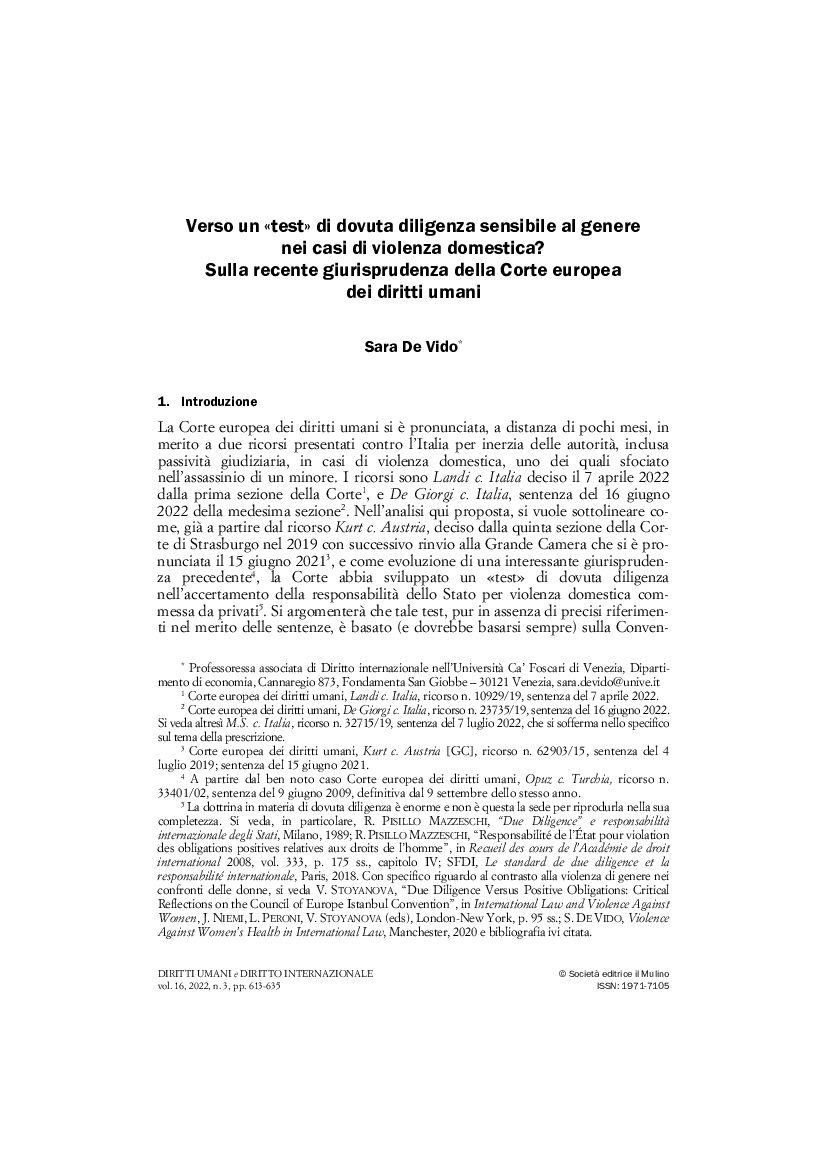