With its judgment no. 131/2022, the Italian Constitutional Court has put an end (at least so it is hoped) to the ‘saga’ concerning the discipline relating to the attribution of surnames to children. For several years the jurisprudence of the Constitutional Court and that of the European Court of Human Rights had alternated in affirming that the Italian legal system, in particular the rule that imposed the automatic attribution of the paternal surname, was in contrast with, respectively, the Constitution and the ECHR. Given the persistent inaction of the Italian legislator in following up on these requests, the Constitutional Court has now broken the delay by indicating itself the solutions to eliminate the aforementioned con-flict. In doing so, the Court ‘reformed’ the entire discipline, establishing both the general rule and its ex-ception: the first consists in the attribution to the child of a double surname consisting of the surnames of both parents; the second is represented by the faculty to transmit only the paternal surname or only the maternal surname, and this only if so is the common will of both parents. As for the general rule, the Court has also specified the methods by which to arrange the order of succession of the parents' sur-names in the formation of the double surname. This comment highlights how, in its reasoning, the Con-stitutional Court has systematically aligned itself with the anticipatory judgments of the Strasbourg Court. Furthermore, the ECHR – in particular its arts 8 and 14 – proves to be the only parameter of legitimacy referred to by the Court with reference to the ‘international obligations’ mentioned in art. 117, para. 1 of the Constitution. This approach appears reductive, especially if we consider that the Convention on the elimination of discrimination against women (CEDAW) contains a specific relevant provision, that of art. 16, para. 1(g), which could have finally (and deservedly) received a concrete application. 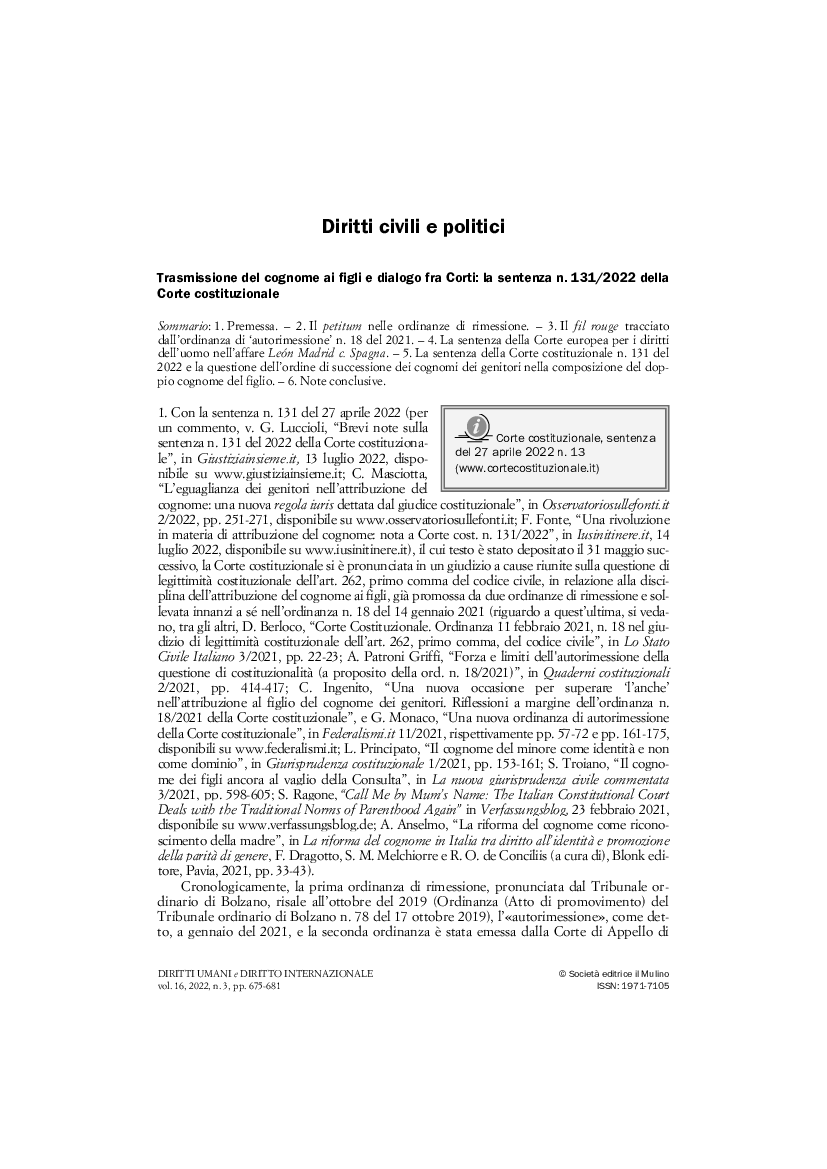