Same-sex couples can exercise parental rights by way of adoption. There are basically three forms of adoption: joint adoption by a married couple, adoption by a single and second-parent adoption. The European Court has recently recognized that both the relationship between a homosexual parent and his/her child and the relationship between members of same-sex couples constitute family life protected by Article 8 of the Convention. Little by little the Court is starting to find national laws regarding adoption in breach of the Convention. Indeed, these laws discriminate between heterosexual and same-sex couples without a reasonable justification. In the Court's judgment, when considering whether there is a difference in treatment between same-sex and heterosexual couples, special attention should be paid to the choice of the term of comparison. Comparison with a married couple or with an unmarried different-sex couple could lead to different results as to whether there is a violation of article 14 taken in conjunction with Article 8. The State margin of appreciation in the area of adoption law is normally wide, in application of the 'consensus' issue: the less common ground there is among the various legal orders, the broader is the margin left to States. However, when it comes to issues of discrimination on the grounds of sexual orientation, the margin is narrow. Some doubts could be cast on the Courts line of reasoning concerning the 'consensus' issue in the decision of "X and others v. Austria". Diverting from its traditional use of the common ground line of reasoning, the Court selects only a few member States to affirm that the narrowness of the sample is such that no conclusions can be drawn as to the existence of a possible consensus. Behind this argument there is probably the willingness of the Court to stress the importance of non discrimination value. Nevertheless, to this end, the Court should choose a sounder line of reasoning. 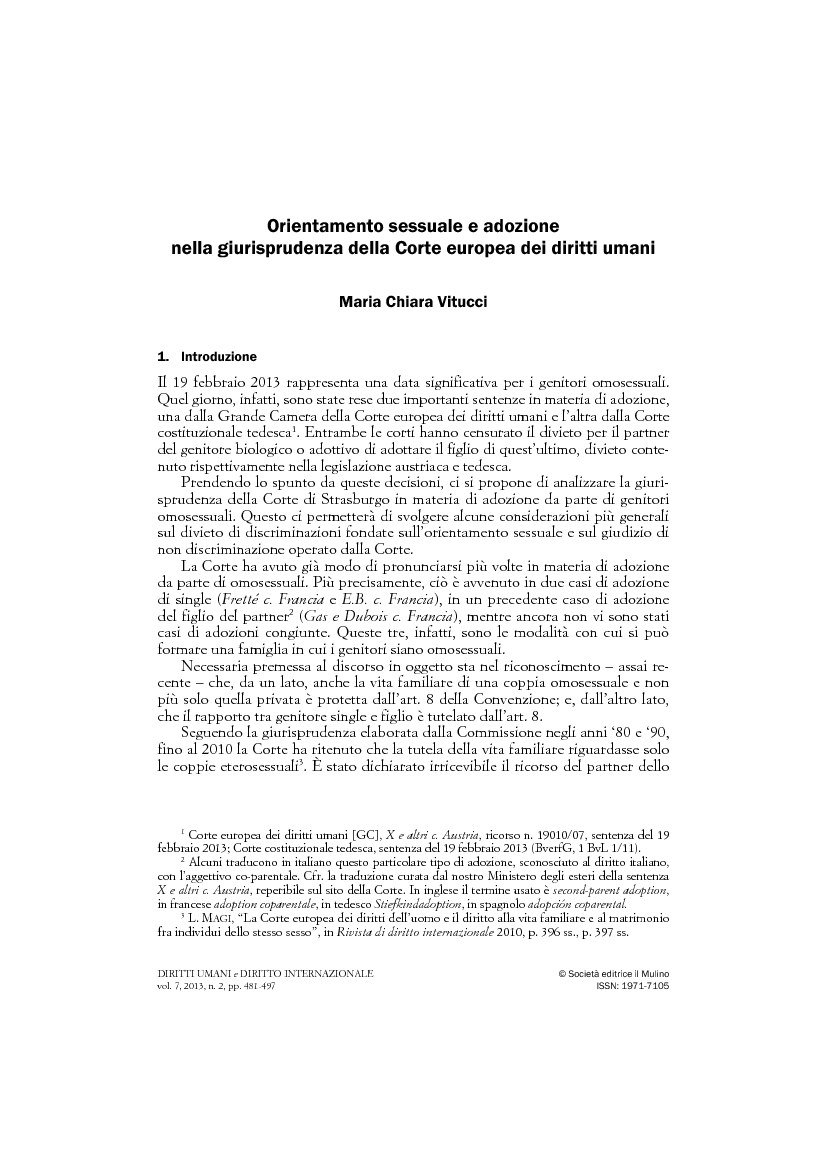