The French Supreme Court in three recent judgments of 28 March 2013 has interpreted restrictively the rules of general international law concerning waiver of State immunity from measures of constraint. Assuming that those rules were to be considered as mirrored by the provisions of the United Nations Convention on Jurisdictional Immunities of States and Their Property adopted on 2 December 2004, which is not yet in force, and providing a particularly narrow reading of the relevant rules which is not supported by a consistent State practice, the "Cour de cassation" considered a general waiver of immunity from execution, as contained in contracts for the issue of Argentine bonds subscribed by private investors, as inapplicable in respect of property of a foreign State to be used for governmental purposes, absent a specific mention of such property within the waiver clause. In extending to any category of State property to be used for governmental purposes a rule which is generally observed only in respect of specific categories of property, such as property pertaining to diplomatic or consular missions and military assets, the French Supreme Court unduly extended the scope of State immunity from measures of constraint, thereby facing the risk of having France being held liable for a violation of the right of access to a court, as guaranteed by Article 6, par. 1, European Convention of Human Rights. Pursuant to the consistent case law of the European Court of Human Rights, such a right, which extends to post-judgment enforcement measures and up to a certain extent can be considered likely to extend to pre-judgment measures of constraint as well, may suffer limitations which, as concerns State immunity, are to be considered as proportionate only insofar as they reflect the existing rules of customary international law. 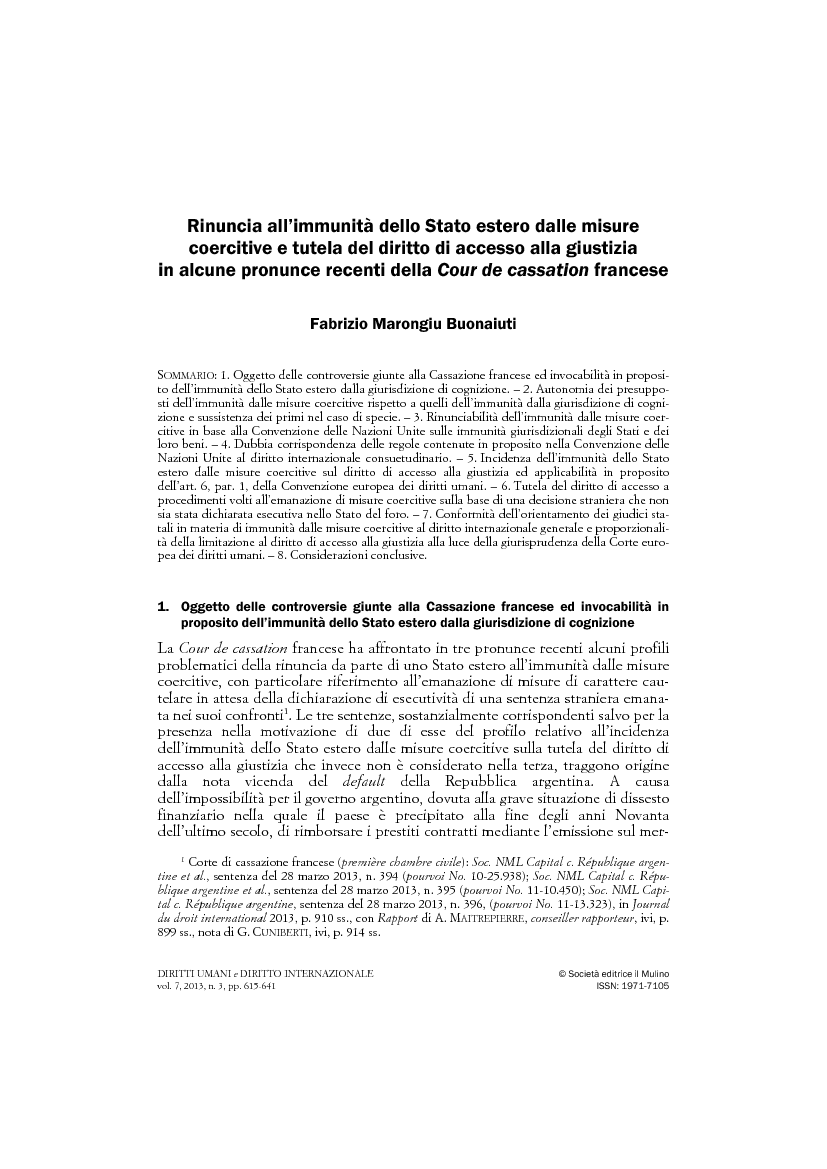