The decision of the European Court of Human Rights in "Stichting Mothers of Srebrenica and Others v. the Netherlands" addresses two very sensitive and complex issues: 1) the compatibility of jurisdictional immunities with the European Convention on human rights and 2) the relationship between the Convention and the UN legal order. The Strasbourg Case-law on these questions had recently revealed a more favourable attitude towards human rights protection. The decision under review marks a significant step backwards in that respect. The applicants submitted that the Dutch courts' grant of immunity to the United Nations breached their right of access to court, and thus violated Article 6 of the Convention. The Court rejected the complaint as manifestly ill-founded. This holding is mainly based on the special nature of the dispute, involving the use by the Security Council of its powers under Chapter VII of the United Nations Charter. According to the Court, bringing United Nations military operations within the scope of national jurisdiction would mean allowing States to interfere with the Organization's key mission to guarantee international peace and security. This notwithstanding, the Court did not refrain from expressing some considerations about the legal regime of immunities of international organizations which seem to indicate shift away from its previous Case-law. In the author's opinion, the Court's approach, especially in relation to the question of the scope of immunities enjoyed by the Organization on the basis of the international law obligations embodied in the Charter and in the 1946 Convention on the Privileges and Immunities, is open to criticism. The Court should have taken the opportunity to apply the presumption of conformity of Security Council resolutions with human rights established in "Al-Jedda" also to these obligations. This stance could have led the Court to construe the availability of alternative dispute settlement mechanisms as a necessary condition for the grant of immunity. 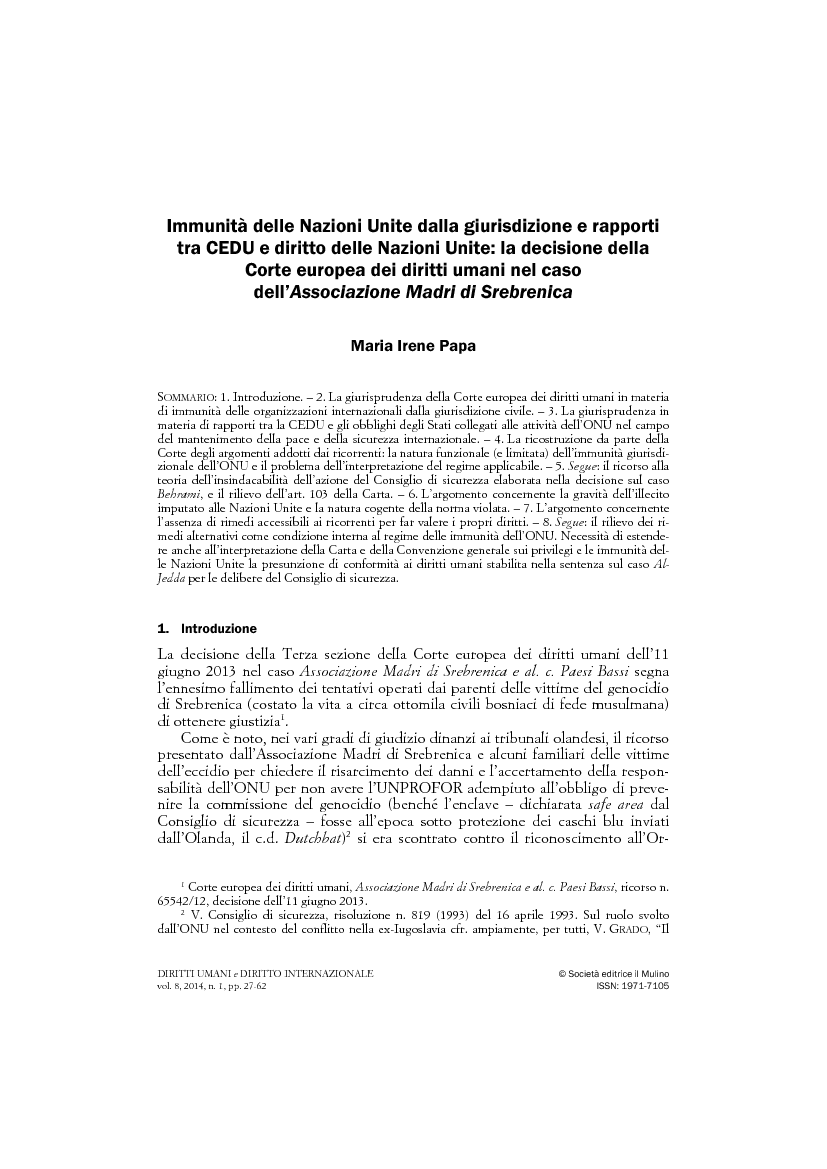