A number of recent judgments, rendered by the European Court of Human Rights as the EU Court of Justice, concern the question of compatibility between the obligations under the European Convention on Human Rights and the EU Dublin System. The Dublin procedure requires EU Member States (and other cooperating non-EU Member States) to determine, based on a hierarchy of objective criteria, which State is responsible for examining an application for international protection, lodged on their territory. In this perspective, both Courts have increasingly applied the so-called 'sovereignty clause', included in the Dublin mechanism. This provision enables any Member State to examine a claim for international submitted in its territory, even if it is not responsible according to the Regulation criteria. Despite the apparent connections between the view taken by the European Court of Human Rights and the European Court of Justice, the analysis of the relevant case law reveals a certain diversity of perspective in identifying ways to ensure coordination between the two systems involved. 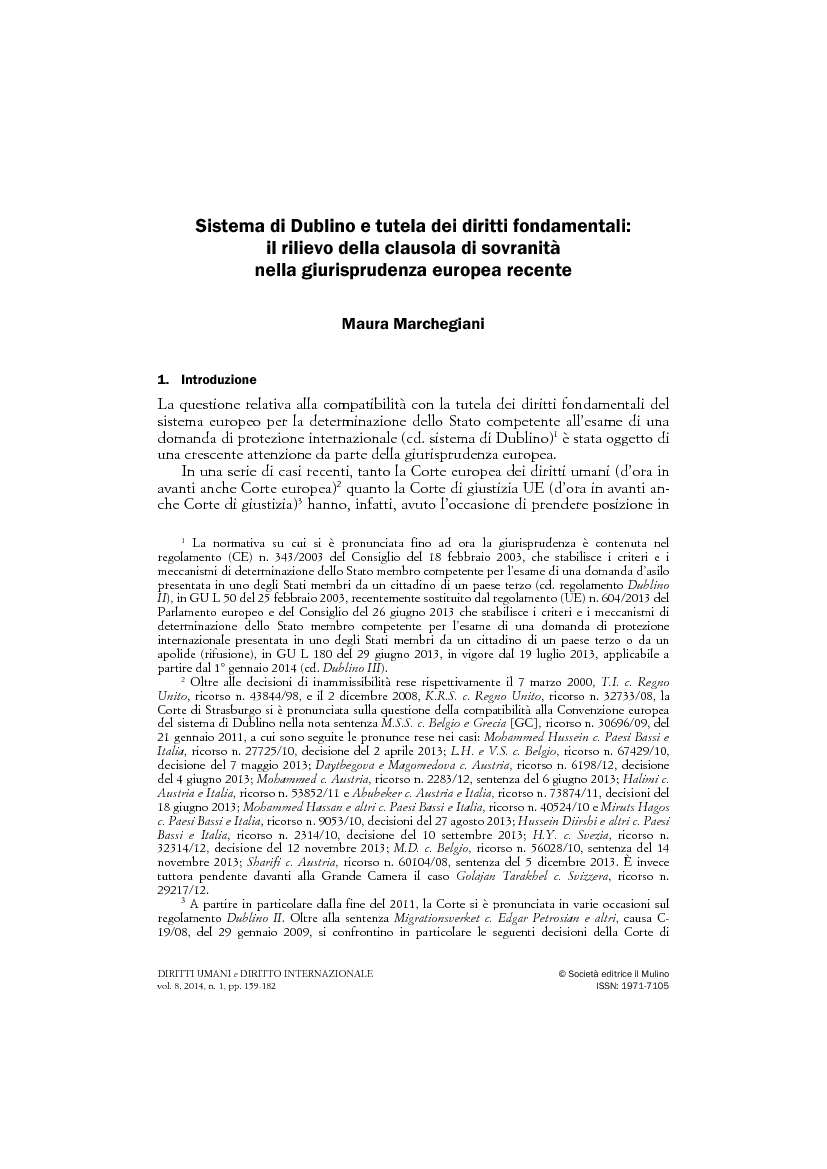