States can borrow from a variety of sources. They can receive loans from international financial institutions (IMF, WB, and MDBs), foreign governments and commercial banks, or they can issue sovereign bonds on the international capital markets. Over the past sixty years, the features of sovereign debt restructurings have been shaped by the type of creditors and by the nature of the debt. Debt restructuring vehicles therefore change according to the category of creditors involved: a) international financial institutions enjoy preferred creditor status and their b) official bilateral debt is renegotiated under the Paris Club umbrella; c) commercial bank debt is restructured through the London Club process; and d) bond debt is restructured via exchange offers and through the operation of collective action clauses. The Greek sovereign debt crisis underlined the challenges of achieving an orderly and timely sovereign debt restructuring without a permanent institutional mechanism in place. Collective action clauses were retroactively introduced by law, 'quasi-sovereign bondholders' (i.e. the ECB, the national central banks of the euro area and the EIB) were shielded from the restructuring, austerity measures had to be implemented with dire consequences for the population, citizens suffered from shrinking resources to be spent for social, economic and cultural rights, and bondholders claimed a violation of their right to property in front of investor-State arbitral tribunals and the ECHR. This study argues that, at least in the European monetary union framework, a sovereign debt crisis resolution mechanism will better achieve a fair balance between the public and private interest. 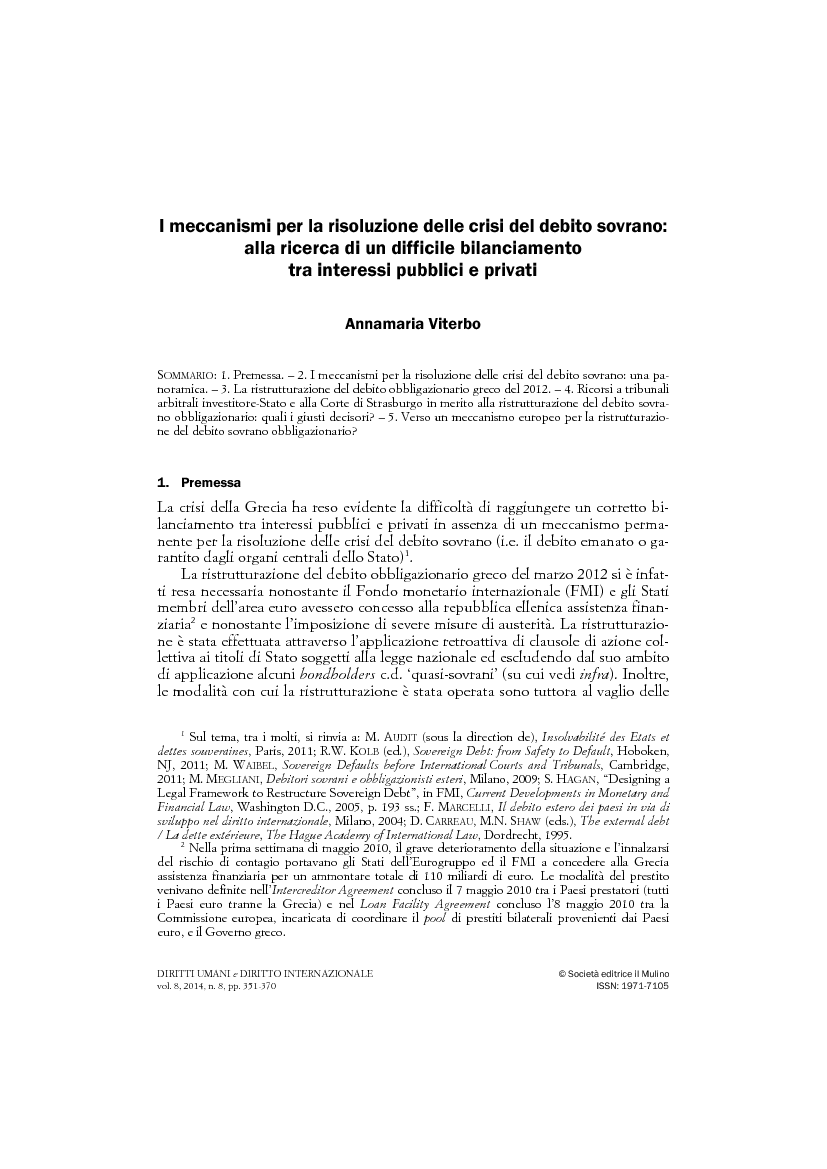