Keywords: European Court of Justice; Continuing interest in Bringing Proceedings; Removal of the Applicant from the List of Persons Whose Economic Resources Must be Frozen; Distinction Between the Repeal of an Act and a Judgment Annulling Such an Act; Distinction Between Action for Damages and Action for Annulment; EU Non−contractual Liability

In the "Abdulrahim" judgment of 28 May 2013, the European Court of Justice (ECJ) set aside the order of the General Court of the European Union (GC) of 28 February 2012, by which the GC held that there was no longer any need to adjudicate on the action which the applicant had brought, under Article 263 TFEU, seeking annulment of Council Regulation No. 881/2002, or of Commission Regulation No. 1330/2008 which added his name to the list of persons whose funds and other economic resources must be frozen under Regulation No. 881/2002, because during the proceedings his name was removed from that list by Commission Regulation No. 36/2011. The ECJ referred the case back to the GC for it to rule again on the action for annulment. The "Abdulrahim" judgment stresses the distinction between the repeal of an act of a EU institution and a judgment annulling such an act, as far as the legal effects of these two remedies are concerned. It emphasizes the need to rehabilitate the applicant's reputation, thus providing for reparation for the non-material harm which he had suffered by reason of his inclusion on the above list. According to the ECJ, this effect stems from the judgment annulling the contested act, to the extent that judgment recognizes the alleged illegality. It seems that the ECJ intended to implement the EU non-contractual liability for illegal acts, under Articles 268 TFEU and 340 TFEU, and to afford just satisfaction. The typical purposes of claims for damages were thus drawn to the field of actions for annulment. The "Abdulrahim" judgment reveals the ECJ's need to guarantee the most broad and effective judicial protection for natural persons against EU acts violating individual legal positions under EU Law. 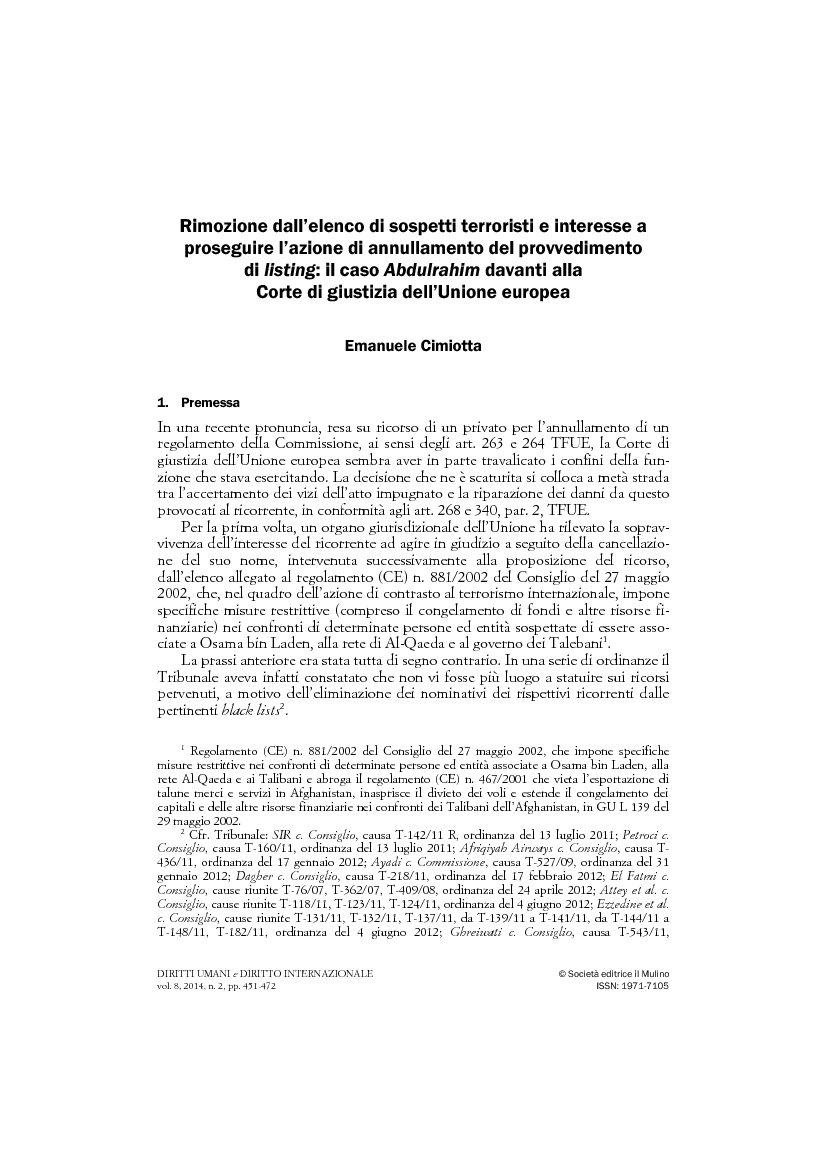