This paper aims to analyze the merits of the appeal to the principle of self-determination of peoples made by the Crimean authorities and those of the Russian Federation in support of their actions which resulted, in March of 2014, in the Russian annexation of the Crimean peninsula, part of the sovereign territory of Ukraine. Given that there are no elements to invoke an alleged right to remedial secession, this contribution debates the legal status of referenda under international law, their relationship with self-determination, and the validity and legality of the referendum carried out in Crimea on 16 March 2014. 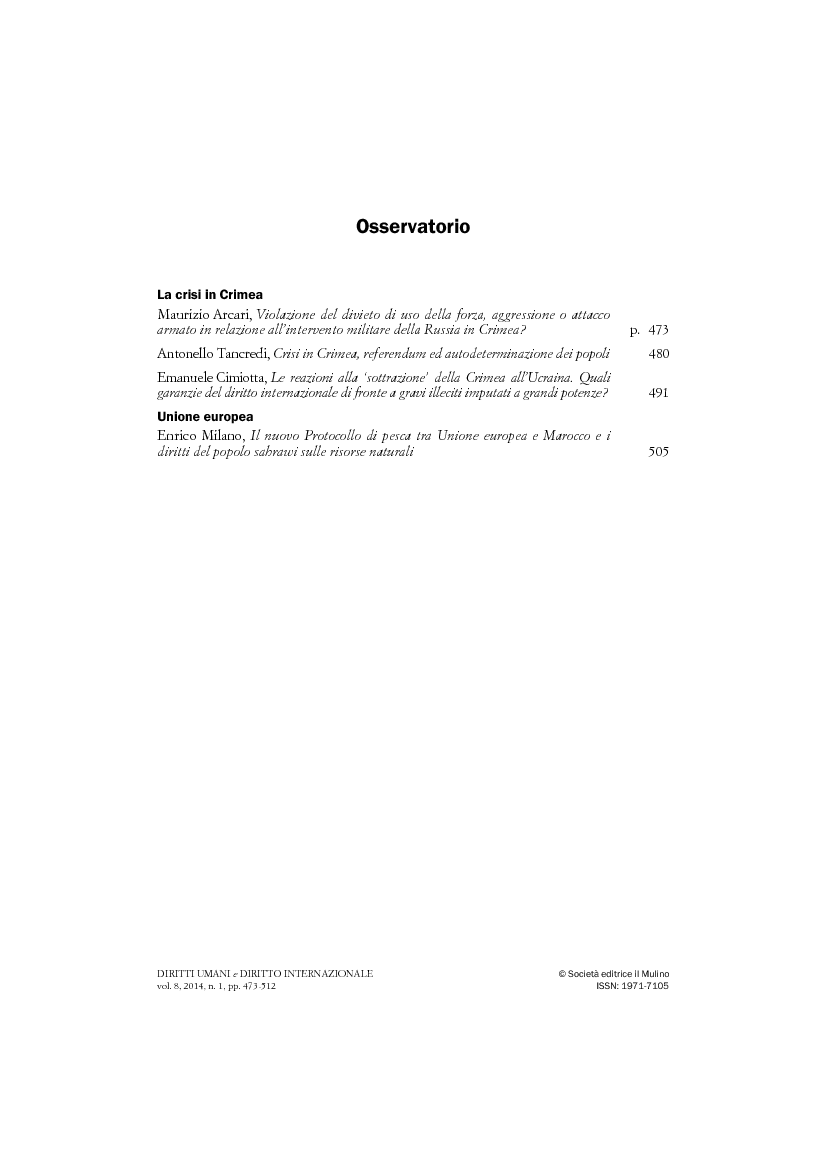