This article provides an overview of some general features of the recently adopted Protocol No. 16 to the European Convention on Human Rights. At variance with previous papers on the same topic (basically attempting to compare the mechanism set up by the Protocol with the preliminary ruling procedure regulated by article 267 of the Treaty on the Functioning of the European Union), a prospective analysis of the Protocol is carried out taking into account some developments of the consultative jurisdiction of the Inter-American Court of Human Rights. In such a perspective, it is submitted that: a) "erga omnes" effects could be probably produced by the advisory opinions of the European Court, in spite of the fact that, in principle, they are devoid of binding effects and in any case of direct effect on subsequent applications; b) in some cases, advisory opinions could play a role analogous to that played by judgments concerning 'structural' violations; c) some contributions are expected to be given by advisory opinions to the evolutive interpretation of international legal rules, at least as far as the adaptation of such rules to the context of the European Convention is concerned. 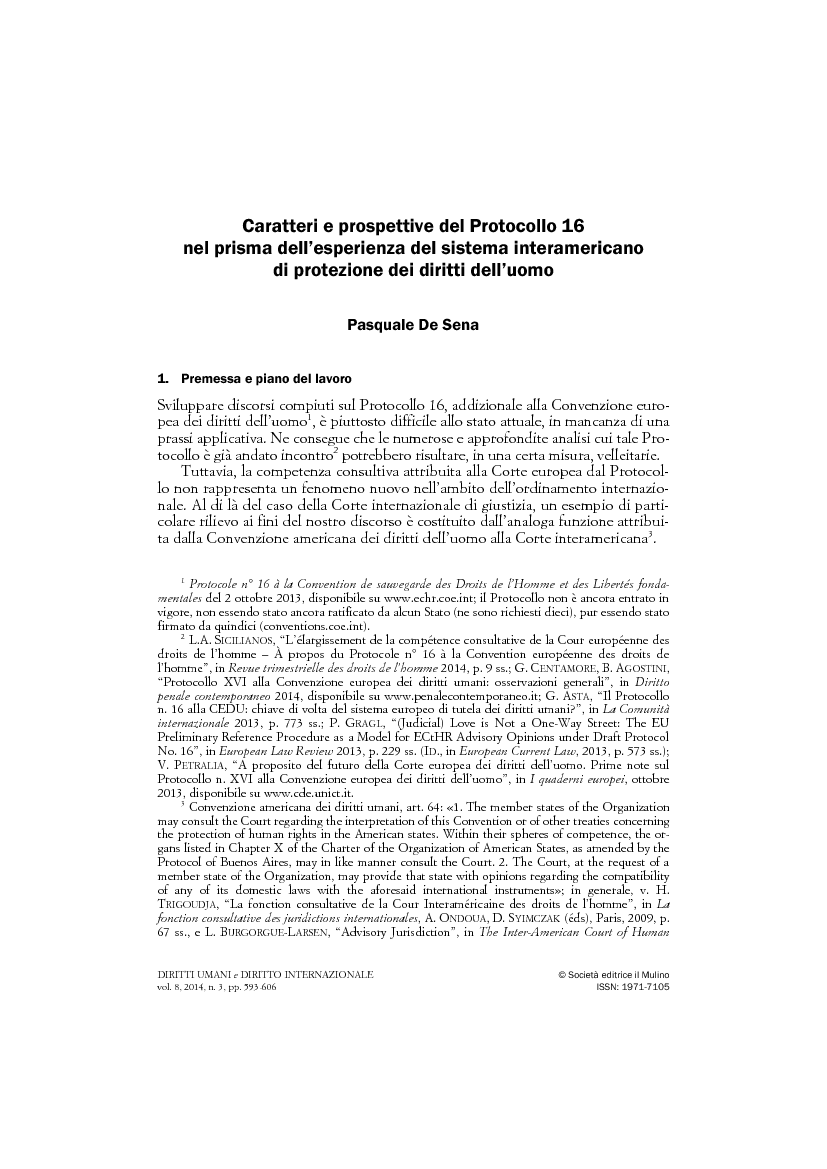