By judgement no. 238/2014, the Italian Constitutional Court recognized the right of Italian victims of international crimes committed by German troops during the Second World War to claim compensation against Germany before Italian courts. In the opinion of the Constitutional Court, the customary rule on State immunities, as ascertained by the ICJ 2012 judgement on "Jurisdictional Immunities of the State (Germany v. Italy)", cannot be applied in the domestic legal order insofar as it is contrary to constitutional fundamental values such as the right to a judge, and the inalienable rights of the human being. By applying the doctrine of 'counter-limits' and carrying out a 'balance of interests', the Italian Constitutional Court declares that the protection of the core values of the domestic legal order have pre-eminence over the respect for foreign State sovereignty whenever, as it is the case, the recognition of immunity has the effect to deprive individual victims of international crimes of any kind of judicial redress. Because of the Italian Constitutional Court judgement, the full reparation envisaged by the ICJ decision is precluded. It is up to the Italian government to identify alternative forms of compensation in favour of Germany and it is for the Italian judges to decide on the admissibility of individual claims against Germany, taking into account the circumstances of every single case. 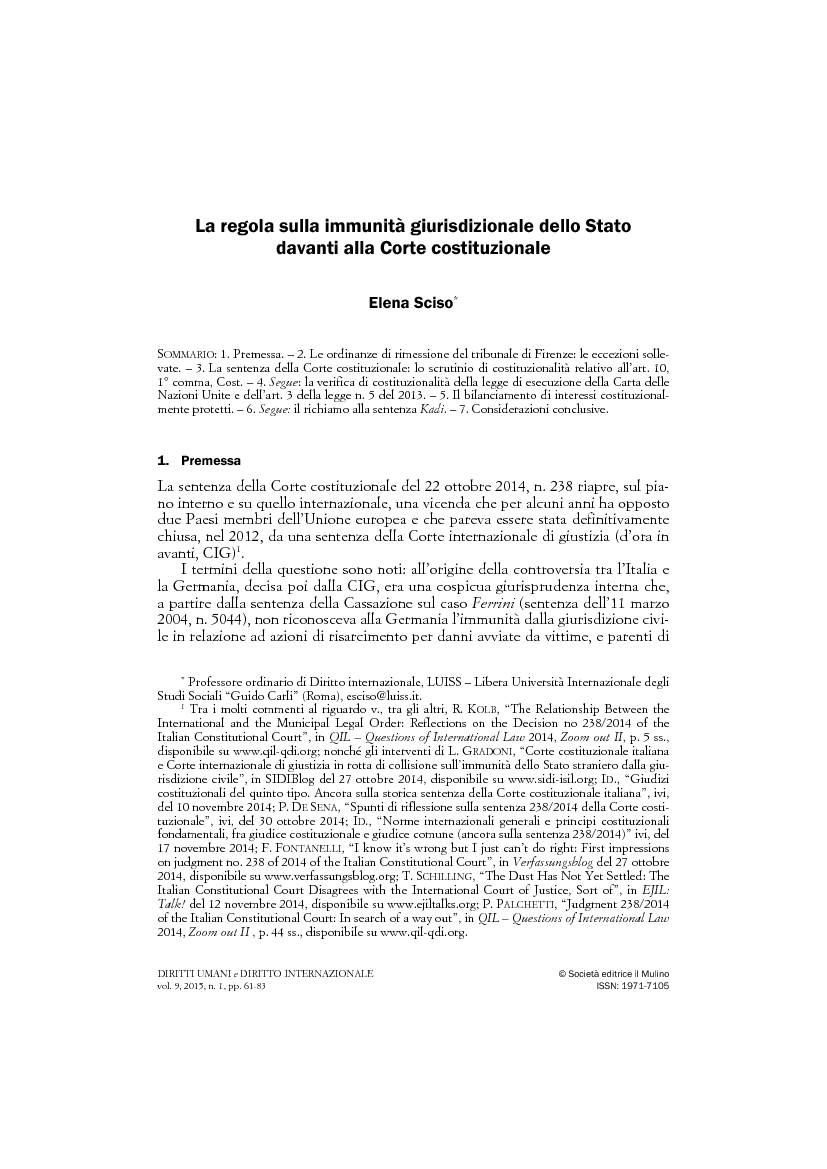