The paper focuses on States' 'vertical' cooperation with the "ad hoc" Tribunals and the ICC in the specific context of witness' protection, by highlighting some problematic issues concerning the respect of the 'due process' principle in the State required of judicial assistance. The focus is specifically on the protection system granted to witnesses before international criminal Tribunals with respect to both procedural and extra-procedural protective measures. Indeed, both type of measures are hardly achievable without an extensive cooperation by the State required of the assistance. However, State's obligation to cooperate with international Tribunals could to some extent interfere with the 'due process' principle as set out in the national legal order of the State required of the assistance. This is the case, for example, with respect to 'protected' testimonies obtained abroad such as a testimony acquired by the video conference technique in the State where the witness resides. Rules relating to the implementation in Italy of the obligation to cooperate with the international criminal Tribunals usually require the compliance with the specific terms of the assistance without any possibility of invoking grounds of refusal other than those eventually established in the international Tribunals' Statutes. On the other hand, the contradiction between the protection measure decided by an international criminal Tribunal and the so-called 'higher level of protection' possibly recognized by the requested State legal system is only apparent: the 'higher level of protection' standard does not seem to come into play in the context of 'vertical' judicial cooperation. However, compatibility issues between international obligations in the field of vertical cooperation and the due process principle in Italy are not excluded. 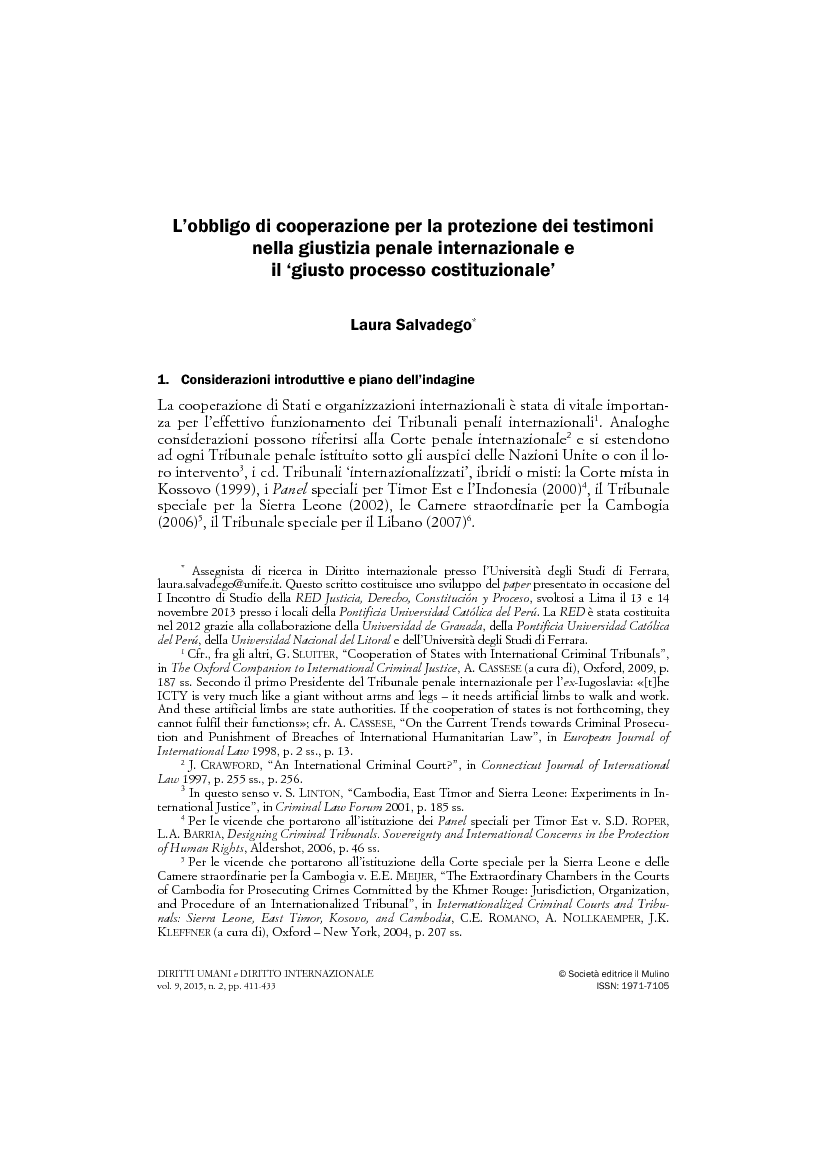