The fight against piracy off the Somali coast has raised a number of human rights concerns. The article illustrates how the European Court of Human Rights (ECtHR) can provide a forum for litigating possible cases against European States involved in anti-piracy operations, as the judgments of the ECtHR, in the "Hassan and Ali Samatar" cases, show. It argues that obstacles to the access to the ECtHR in similar cases, because of questions of attribution and extraterritorial application, are mostly overcome. As to attribution, it highlights that such action cannot be attributed to the Security Council. It also argues that a correct understanding of the general rules on the allocation of responsibility between States and International Organizations would reduce the cases in which those conduct - when carried out by the EUNAVFOR Operation Atalanta - may be attributed exclusively to the EU. As to extra-territorial operations, it argues that even before a pirate vessel and its crew are taken into custody, the ECHR should apply. Certainly when the action is carried out under the authority of the UN Security Council resolution or on the basis of a valid consent by the coastal state. Arguably, also in hypothetical other cases, as the recent jurisprudence (in particular in "Jaloud v. the Netherlands") shows an evolution towards a functional model based on authority and control over persons, which include control over premises or areas where they are found. 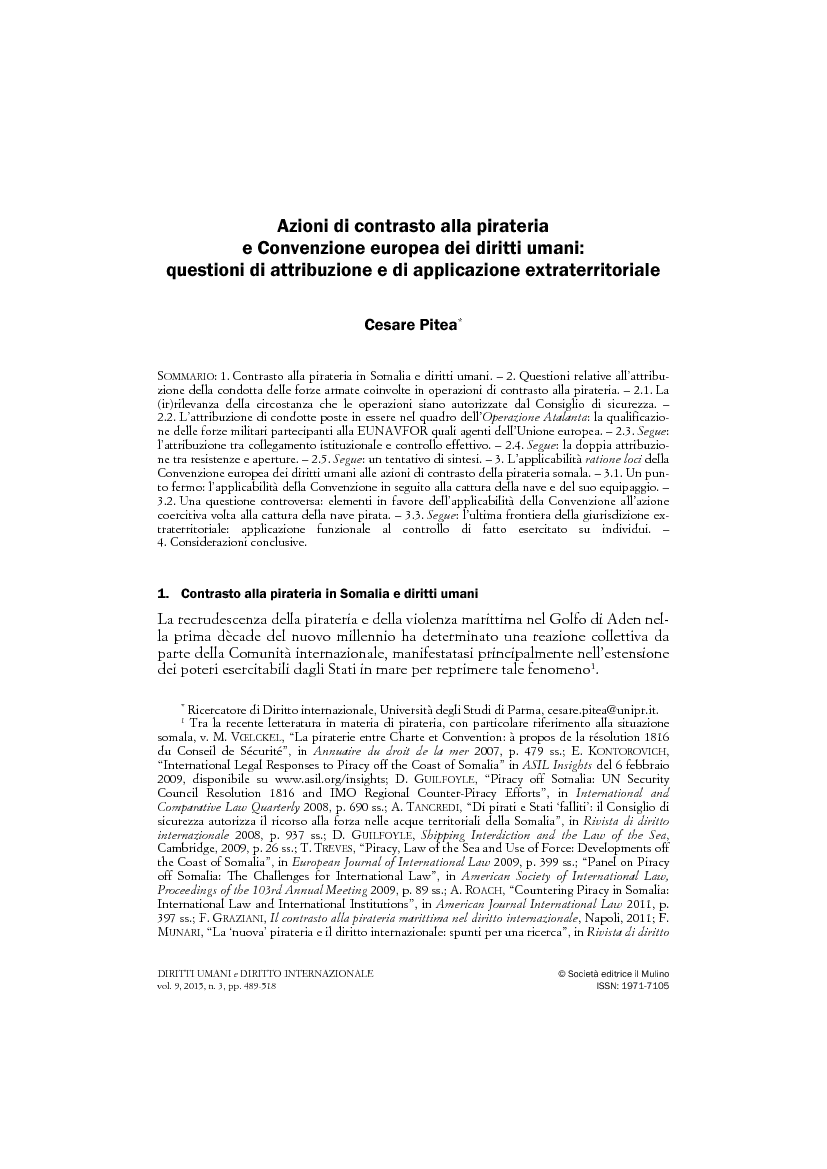