On 22 November 2017 the International Criminal Tribunal for the former Yugoslavia rendered its trial judgment against Ratko Mladić, the former general of the Bosnian Serb army (VRS). The present article deals with two important issues which emerge from the judgment: on one hand, the relationship between the crime of genocide and the crime of ethnic cleansing; whereas, on the other hand, the requirement of the substantiality of the part as used by the ICTY. As for the relationship between genocide and ethnic cleansing, the paper analyses how the latter could be subsumed into the former. In this regard, the author proposes a wider notion of genocide that encompasses the so-called 'social genocide'. In this article, as for the requirement of the substantiality of the part, particular attention is given to the ICTY decision about the alleged crimes committed by physical perpetrators in the Bosnian municipalities. The judges' decision on this matter presents several drawbacks. Indeed, the Court affirmed that criminal conducts, falling within the prohibited acts of art. II, and committed with the intent to destroy a group, are not genocidal because of the lack of substantiality of the part. In this regard, the author argues that this conclusion is neither morally acceptable nor consistent with the aim of the 1948 Genocide Convention. 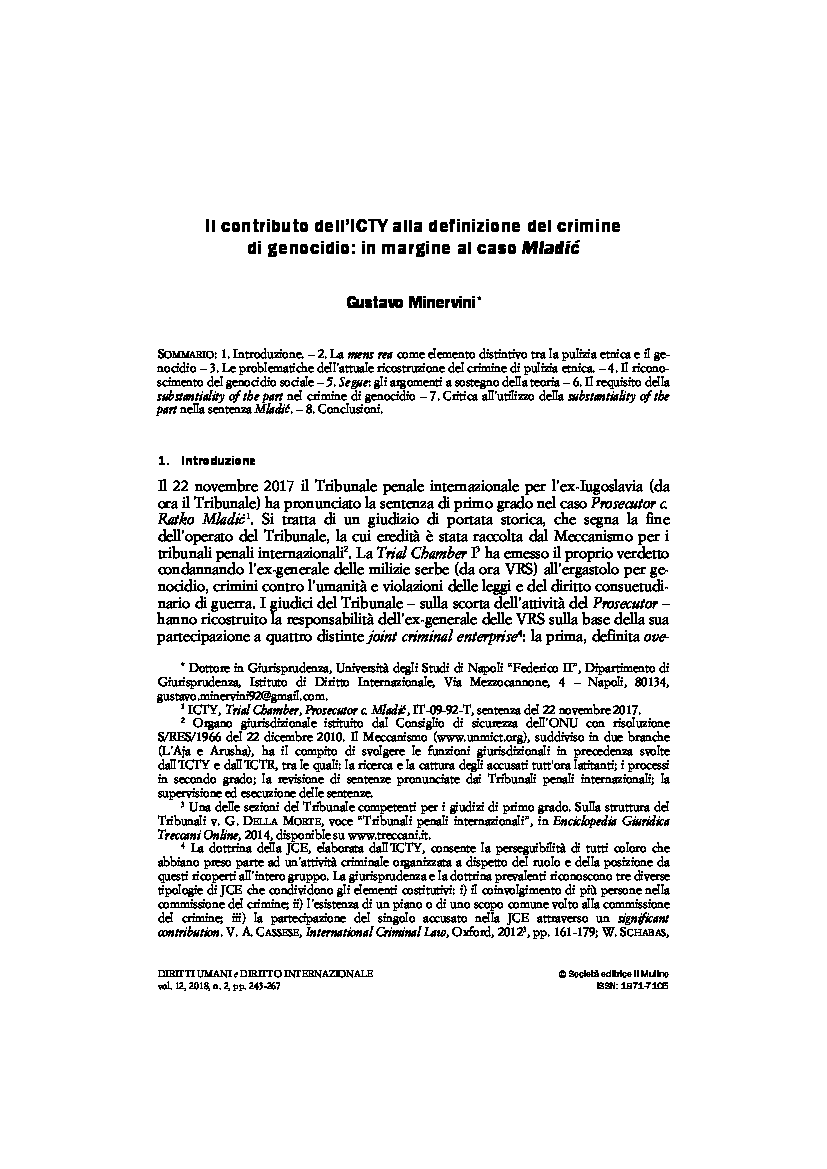