Article 2 of the European Convention on Human Rights requires Contracting States to take appropriate steps to safeguard the lives of those within their jurisdiction, including carrying out an effective investigation into alleged unlawful killings. Each year, there are hundreds of cases where the suspected perpetrator absconds to another State, or where evidence is located or witnesses are present in the territory of another State. This raises the question of whether in such cross-border situations the Contracting States concerned are under a procedural obligation to seek assistance, investigate a killing occurring abroad and to cooperate with each other's investigation and, in particular, whether Article 2 of the Convention imposes a duty on Contracting States to transmit evidence or extradite a suspect. In its judgment of 29 January 2019 in the case of "Güzelyurtlu v. Cyprus and Turkey", the Grand Chamber of the European Court of Human Rights had, for the first time, the opportunity to address these questions in greater detail. This paper examines the existence and extent of the procedural obligation under Article 2 of the Convention to investigate and to cooperate in investigating unlawful killings in a cross-border context in light of the Court's existing jurisprudence. In particular, it analyses whether and, if so, to what extent the Grand Chamber in "Güzelyurtlu" went beyond the Court's existing case-law and, by dispensing with a clear jurisdictional link between the person killed and the respondent State established the procedural obligation to investigate and cooperate as a free-standing obligation of all 47 Contracting States of the Convention. 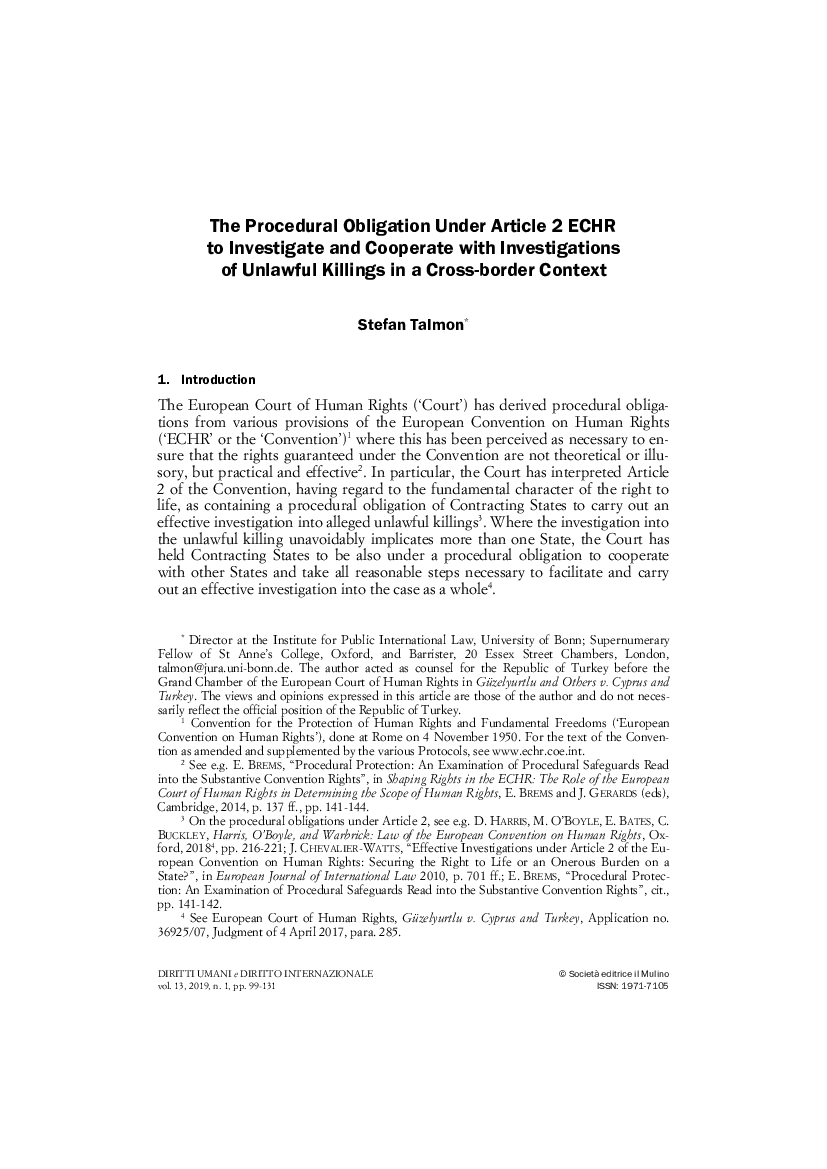