Moving from the analysis of the judgements n. 120/2018 and 194/2018 adopted by the Italian Constitutional Court, this article discusses the rank of the human rights treaties in the Italian constitutional order, by especially focusing on the question of the role that the pronouncements of their monitoring bodies should play within the constitutional review of Italian legislation. In particular, it criticizes the reasoning in judgement n. 120/2018 and argues that this question should be solved not only by qualifying such pronouncements as subsequent practice according to the general rules on the interpretation of treaties, but also by enhancing the special function assigned to them - no matter whether expressly or implicitly - by their founding treaties and the correlate duty to cooperate with them incumbent on the contracting parties. The article finally concludes that, according to the duty to cooperate, national judges, including the Constitutional Court, are required to take into account the pronouncements of the monitoring bodied of human rights treaties, by making any effort to comply with them and justifying in detail possible derogations. 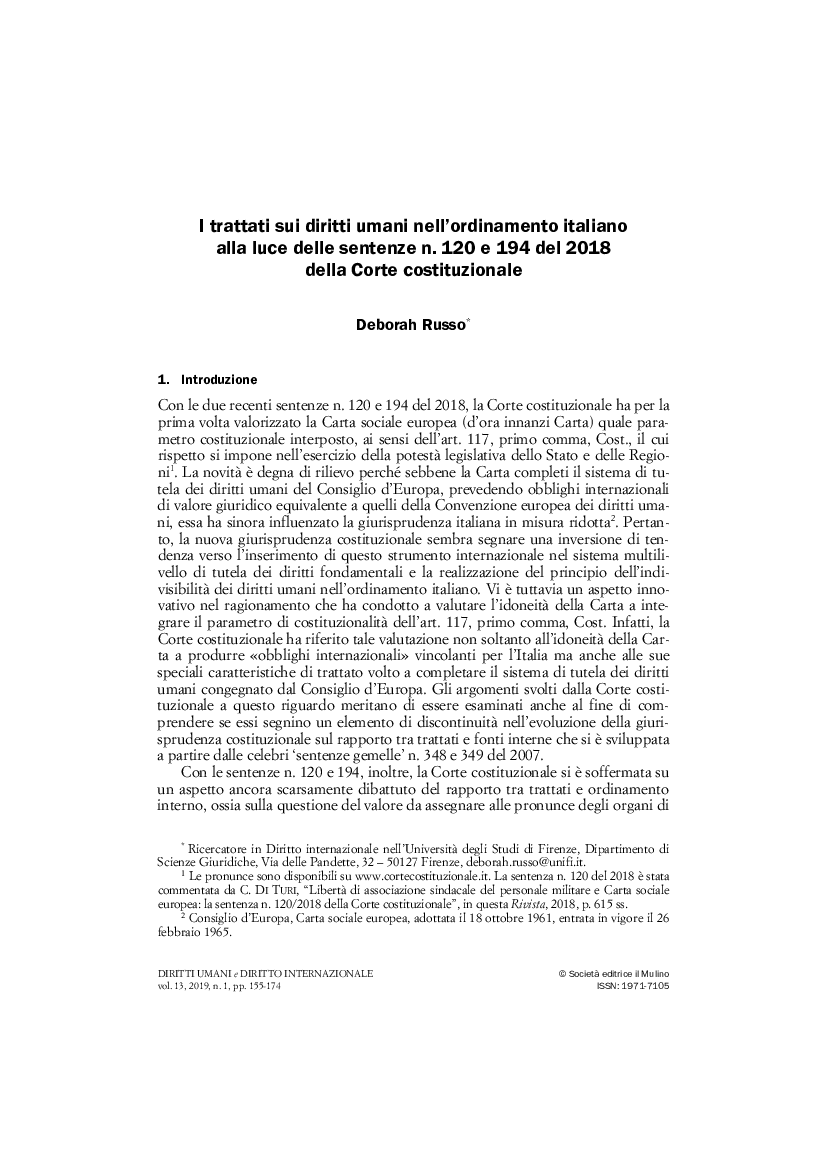