An international organization and its legal order rest on the assumption of compliance. This is also a crucial aspect of the (missed) realization of a Common European Asylum System (CEAS) and, more generally, of the crisis of the European Union. Italy has been particularly exposed to migration flows for more than thirty years; nevertheless, the development of an asylum seekers' reception system in compliance with the standards set forth by the European Union Reception Conditions Directive (RCD) has been very slow. After a brief overview of Member States' obligations under international and EU law on asylum-seekers' reception, the article focuses on national and European case-law, which also gives the interpreter an helpful contribution to the reconstruction of the material reception conditions in Italy (quite critical in some cases). It is found that, according to recent inquiries by national enforcement authorities and also by the Italian Parliament, organized crime learned to profit from refugees' reception. As a consequence, hosting asylum-seekers in Italy can sometimes be a "business", riddled with corruption and illicit taking of public resources. Yet, under the (indirect) pressure of the courts' decisions for practical achievement of the standard, Italy has undertaken a first effort to make the reception policies for asylum seekers compliant with the obligations incurred at a European level. Nevertheless, a new Law of December 2018, as a consequence of a growing general bias to contain the migrant flows and to tighten of the financial, administrative and procedural aspects linked both to the reception and to the examination of asylum applications, put into question the fate of some essential dimensions of the national and international solidarity legal obligations, including the "non-refoulement" principle. 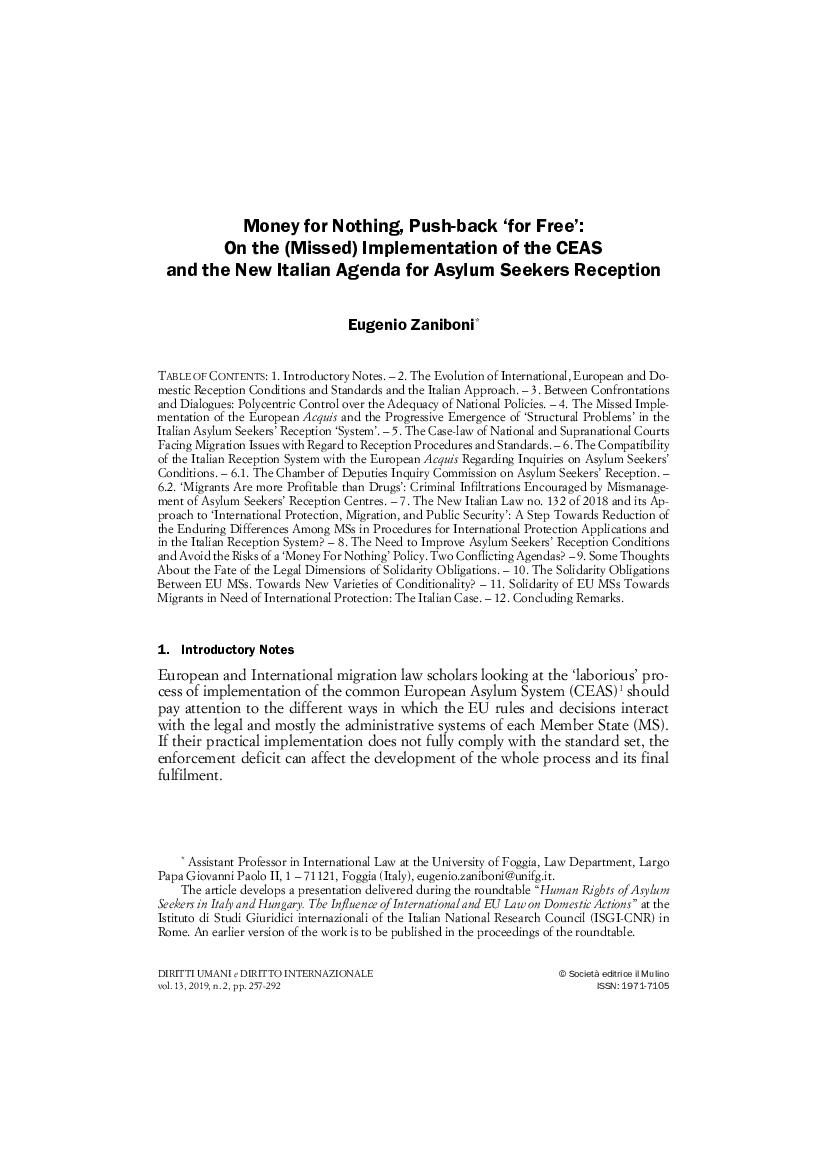