This paper identifies two main international law implications of the US Supreme Court Judgment in "Jam v. International Finance Corp." Firstly, treaty-based international organization (IO) immunities prevail over the restrictive immunity granted by the International Organizations Immunities Act (IOIA). However, while this principle certainly applies when a treaty provides for broader immunity than the IOIA, it is doubtful whether the IOIA can be derogated by a treaty providing for more limited immunity. Because the Jam Court resorted to the IOIA to supplement more restrictive treaty provisions, i.e. to increase the scope of treaty-based immunity, it is argued that the IOIA may concretely serve as a 'minimum threshold' of immunity and not, as the Court put it, as a 'default rule'. Secondly, Jam left the door open to raising a functionalist defence to claims against IOs, i.e. to bar the exercise of jurisdiction if the litigation may obstruct an IO's functions. It also implied that such a 'functionalist' argument could be raised as a defence before lower courts. And even though it did not clearly define the controversial concept of 'functional immunity', it did set some boundaries: one, it is not synonym to absolute immunity; and two, in order to prove that a lawsuit interferes with the functions of an IO, a high standard of proof (that of 'excessive liability') is required. The paper concludes by observing that, although the Supreme Court proved indifferent to human rights considerations, it may seem advisable for US courts to partially reconsider this view in future cases. 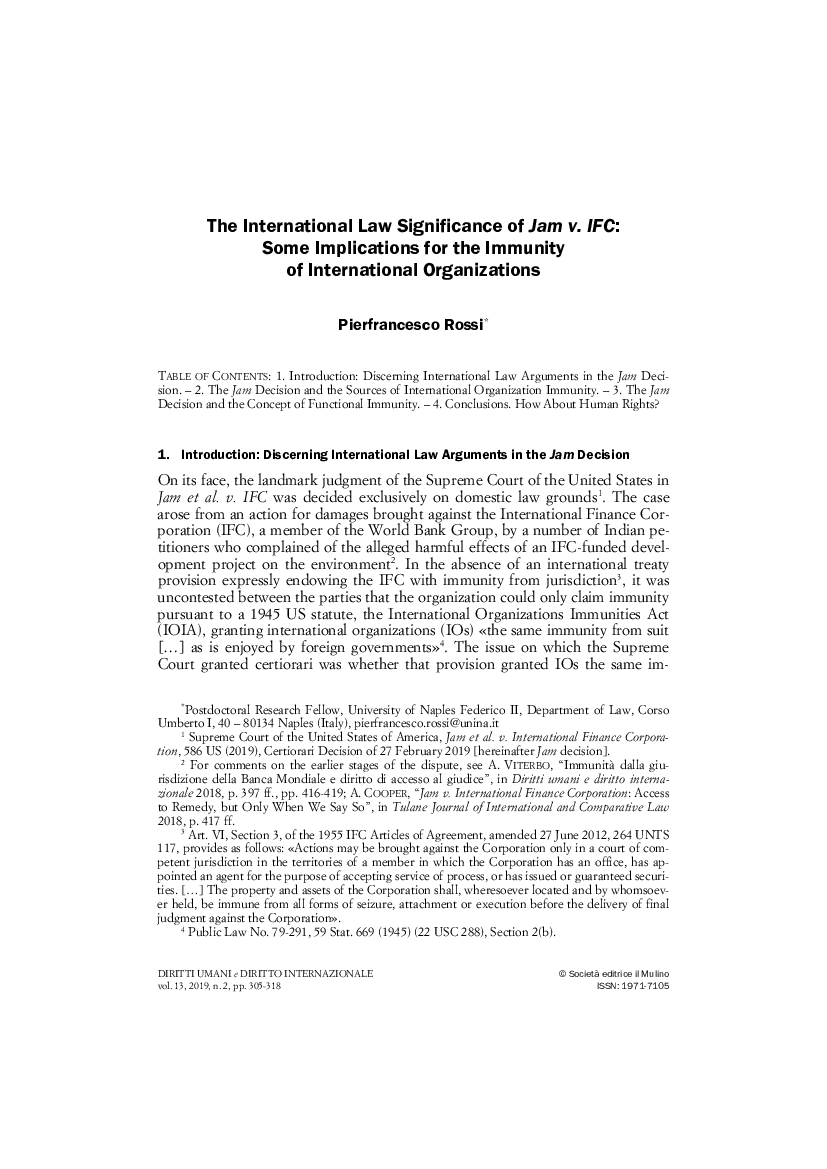