After the severe global health emergency originated by the 2014-2016 Ebola epidemic in West Africa, over the last five years there have been intense debates about the effectiveness and adequacy of the international initiatives taken for its management. Equally intense and numerous have been the proposals for reforming the (regulatory and operational) tools that can be used for the "future" international response action to global epidemics. As a result of these debates and proposals, a series of interesting initiatives have been recently adopted by both the World Health Organisation and the World Bank, to increase the number and effectiveness of the "operational" and "financial" instruments available for promptly contrasting future outbreaks with a high-pandemic potential. This article, after critically exploring the above-mentioned debates and proposal, turns to illustrating and assessing the operational and financial instruments recently adopted by the WHO ("Programme on Health Emergencies" and "Contingency Fund for Emergencies") and the World Bank ("Pandemic Emergency Financial Facility"). Focusing on the latter tool, the article shows how the PEFF is an important novelty, given its original structure of insurance-financial mechanism and its proactive approach to managing pandemic high-risk epidemic phenomena. The article concludes by stressing the urgent need to integrate, however, these new short-medium term instruments into a "long-term strategy". The latter should be characterized by: a) the "reform" of the WHO regulatory instruments, b) an increased involvement of States in the "financing" of pandemic emergency response initiatives, and c) the "abandonment" by States of the present logic of '"health emergency" interventions' towards pandemic phenomena. 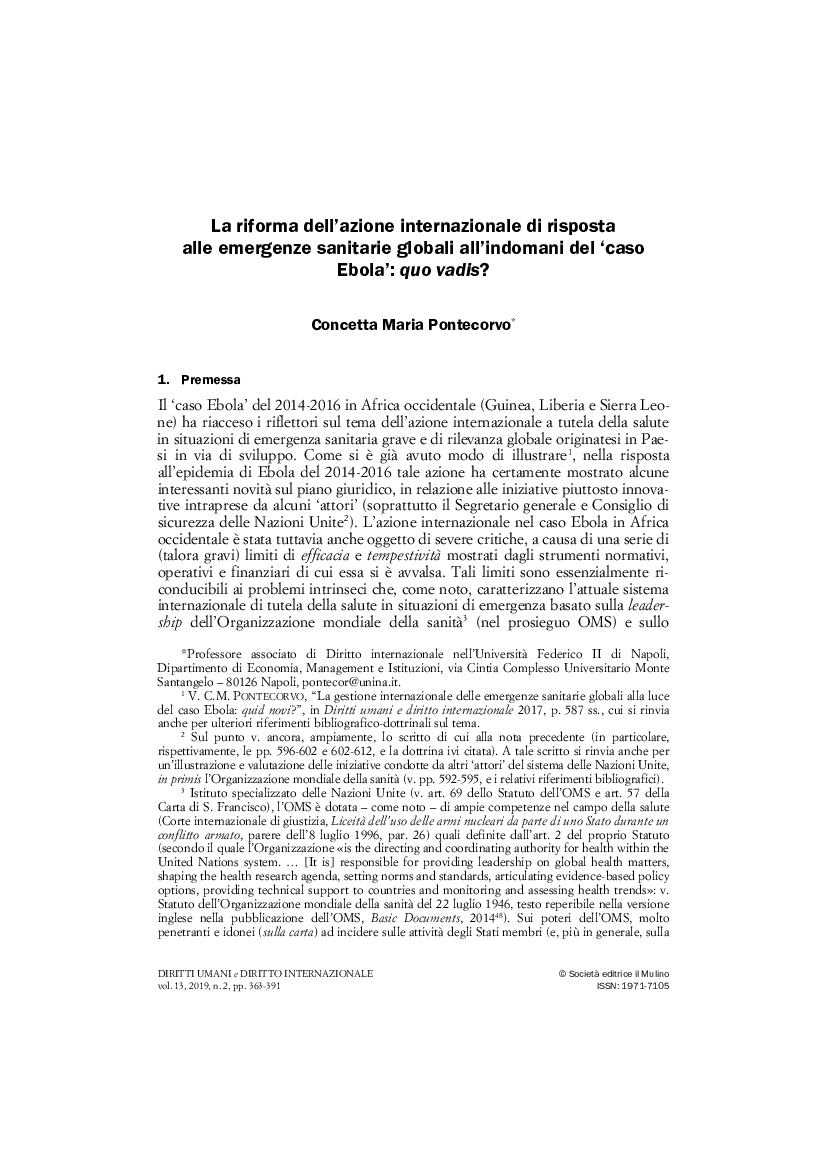