Among the issues related to the asylum and international protection regime, a particular problem undoubtedly concerns the interpretation and the correct application of the exclusion clauses from the recognition of refugee status, as foreseen by the 1951 Geneva Convention on rights of refugees and subsequently regulated by regional and sectorial legislation. Article 1F of the Geneva Convention specifically provides for the exclusion from recognition of asylum for individuals against whom there are reasonable grounds to believe that they have committed brutal acts or particularly serious crimes, such as to consider them ‘not worthy’ of obtaining the benefit of international protection. The provision of exclusion clauses from the recognition of the status in fact derives from the intrinsic link between the principles of humanity and equity and the concept of refuge: granting protection to the perpetrators of serious crimes would in fact contradict the humanitarian and peaceful nature of the concept of asylum and, in this perspective, the exclusion clauses are functional to preserve the integrity of the concept of asylum. However, it should be noted that the evolution of fundamental rights has contributed to reconciling the requirement for security with the need to ensure compliance with the principle of non-refoulement, which has a broader scope and which, in general terms, imposes a prohibition on States to reject, extradite or otherwise expel an individual to States where there is a serious risk of inhuman or degrading treatment and can therefore disregard the recognition of refugee status and could therefore overlook the recognition of refugee status. 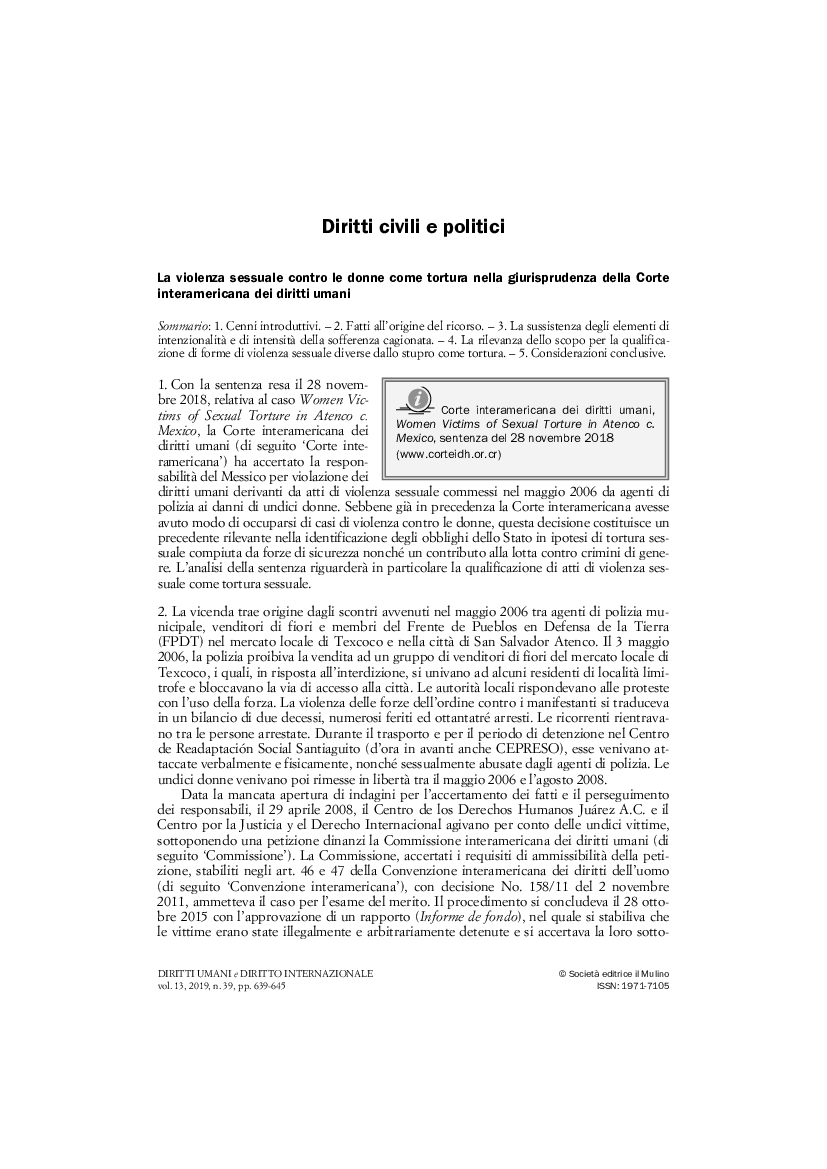