On 23th January 2020, the International Court of Justice delivered its decision relating to the request for provisional measures in the case Gambia v. Myanmar. In its order, the Court affirmed that it is not necessary to ascertain the question of the existence of the intent to destroy, in whole or in part, the group of the Rohingya as such, neither in assessing the prima facie jurisdiction, neither in evaluating the plausibility of the right claimed by the Gambia. This statement seems, firstly, inconsistent with the fact that the Court took indirectly into consideration the dolus specialis within the plausibility test. Secondly, it appears in contrast with the provisional measures order Yugoslavia v. Belgium, where the Court concluded that it manifestly lacked jurisdiction, because the element of intent did not occur. The article reaches the conclusion that the two questions mentioned, concerning the ‘internal’ and ‘external’ coherence of the order at stake, are only apparent problems. 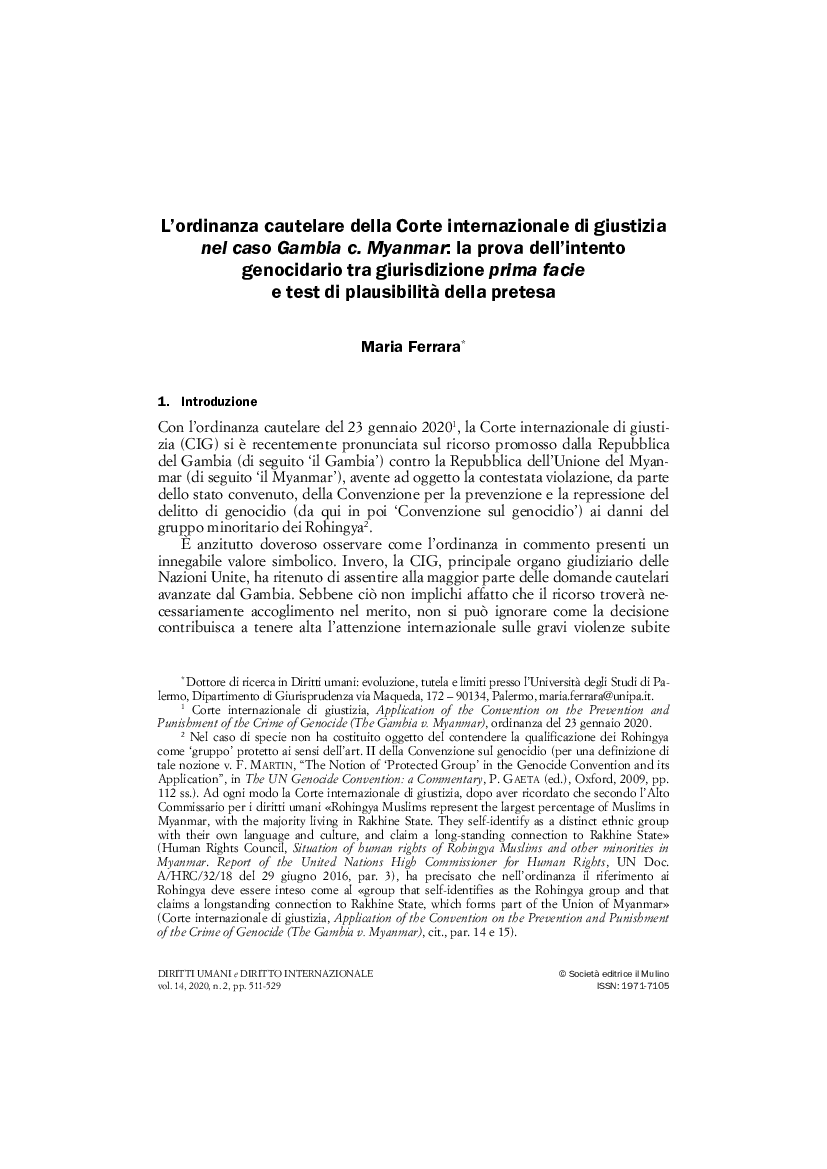