Keywords: right to personal liberty; defense of compliance with a duty; duty to rescue at sea; ship- master’s rights and duties under international law; criminal liability for smuggling of migrants.

After having rescued dozens of migrants in the high seas and having refused to bring them back to Libya, the NGO vessel Sea-Watch 3 disobeyed the orders of the Italian law enforcement authorities and forcibly entered the port of Lampedusa. In doing so, the Sea Watch 3 collided with a vessel of the Guardia di Finanza. Carola Rackete, the shipmaster, was arrested on charges of resistance or violence against a warship. The arrest was declared null and void by the Tribunal of Agrigento, arguing that the conduct in question was required by a duty under international law, thus excluding the criminal responsibility of the rescuer. The Italian Supreme court (Corte di cassazione) was asked to assess whether the latter decision was correct. The Judgment of the Cassazione raises interesting issues of both (Italian) criminal law and public international law. On the one hand, it clarifies the standard of review of the legality of an arrest, when a ground for excluding criminal responsibility is apparent. In doing so, it sets a high level of protection of personal liberty. On the other hand, it affirms that, in the circumstances of the case, a general norm of international law imposed on the shipmaster a duty to disembark the survivors to a place of safety on the dry land, to be reasonably identified by her in the absence of cooperation by the State(s) concerned. This principled reasoning assuming the unity and coherence of international law in dealing with the rescue of persons in distress at sea and emphasizing the humanitarian purpose of the norm constitutes an important element of international practice in the identification of the content of these controversial obligations. At the same time, by upholding the primacy of humanitarian concerns over the exercise of the right to control the external borders, it is a powerful precedent in excluding in broader terms the criminal liability of rescuers, including from accusations of facilitating illegal immigration. 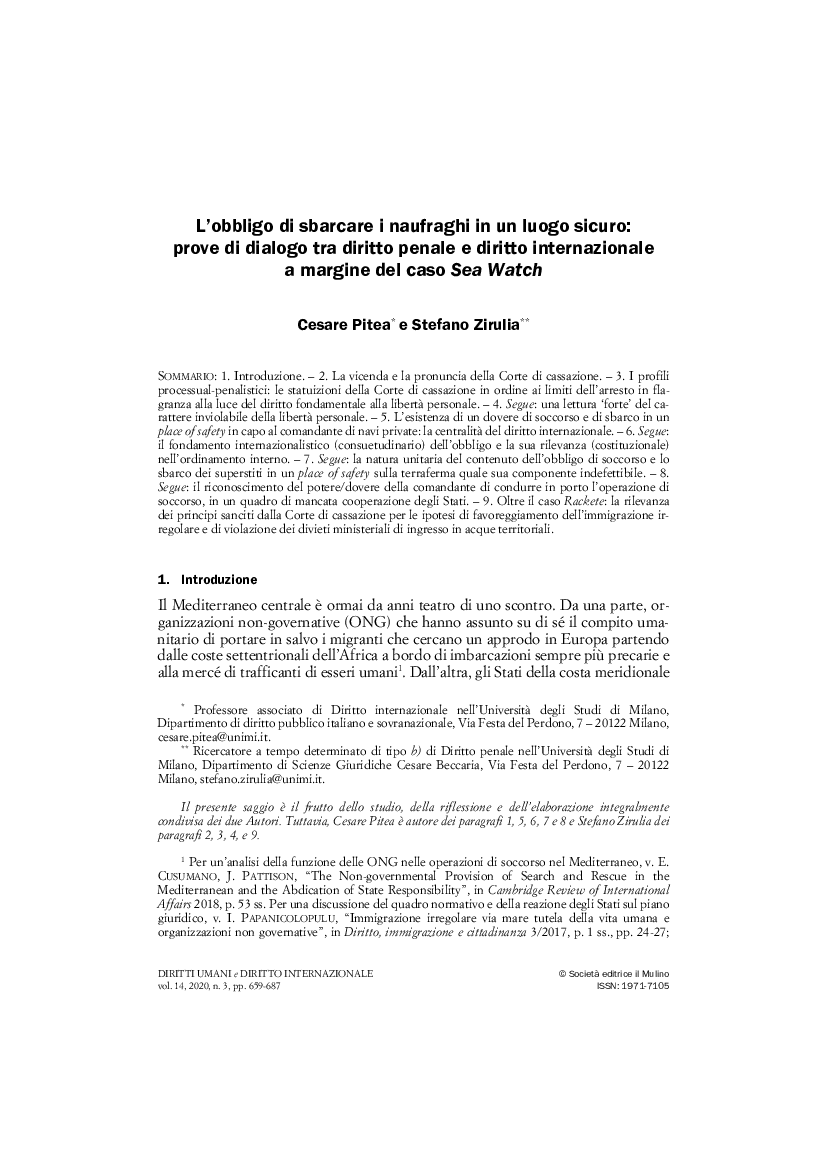