Communicative-pragmatic difficulties have been considered a hallmark of schizophrenia since the earliest characterisation of the disorder. Schizophrenics perform worse than healthy controls in the comprehension of those speech acts in which the literal meaning does not correspond to the intended meaning, such irony. Some studies have individuated a correlation between theory of mind (ToM) and pragmatic deficit in schizophrenic patients, irony comprehension included. However, ToM could be not the unique cognitive component that explains the patients’ difficulty in managing irony. To infer ironical meaning, the listener not only has to attribute mental states to the speaker, but also he has to attribute some affective attitudes. Patients suffering from schizophrenia show impaired emotional and social behaviour. Studies demonstrate that the ability to recognize emotional contents of vocal-auditory stimuli is severely impaired in schizophrenia. In addition, schizophrenics also have difficulty in recognizing and discriminating facial emotions. Inferring the emotions involved in an ironic situation is a more complicated process than merely identifying vocal-auditory stimuli and facial expressions, because it requires a reasoning process. This paper shows that though irony has both cognitive and emotional components, the role of emotional contents has not been acknowledged so far. The behavioural deficit of schizophrenic patients may be due to impaired affective theory of mind abilities, rather than to a general impairment in theory of mind 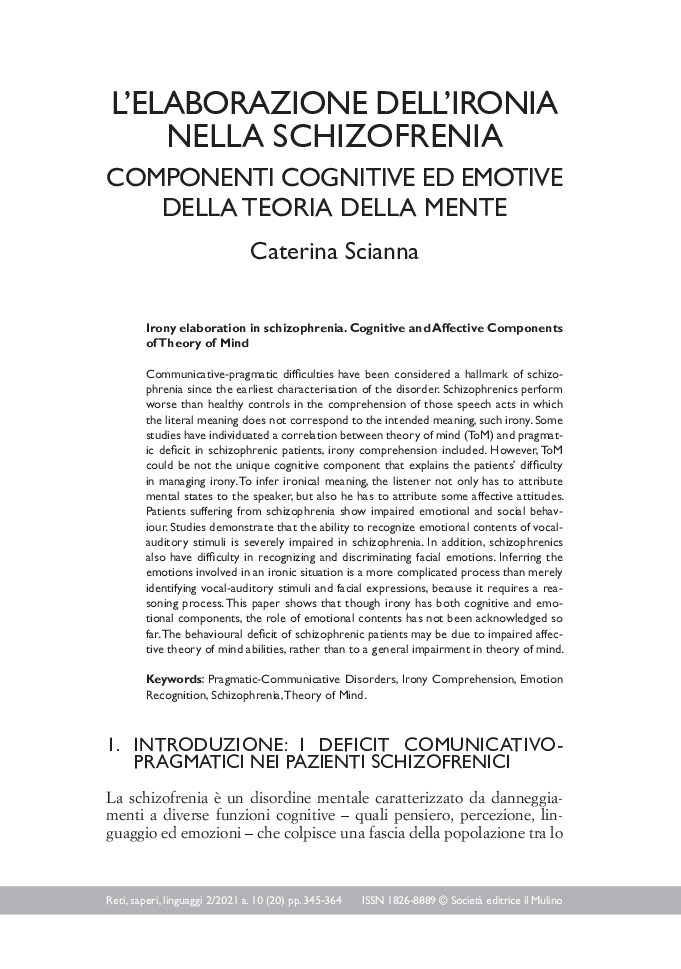