Cognitive scientists frequently (and implicitly) seem to assume that the more evolutionary proximity there is between an animal and "Homo sapiens", the more its (brain/)mind and behaviour will be similar to ours. For example, while it is very common to read scientific papers that compare non-human primate behaviours, in particular chimpanzee ("Pan troglodytes" and "Pan paniscus"), to human behaviours, it is very rare, in contrast, to read a scientific paper on human mind that refers to insect cognition data. In this paper we try to challenge this unnoticed anthropocentric (and primatecentric) bias, which prevent us to see deep similarities across the cognitive abilities of living beings. The basic idea of this paper is that a «core» cognitive system exists which is widespread "among" animals, "including" humans. What differentiates human mind from other minds is language. 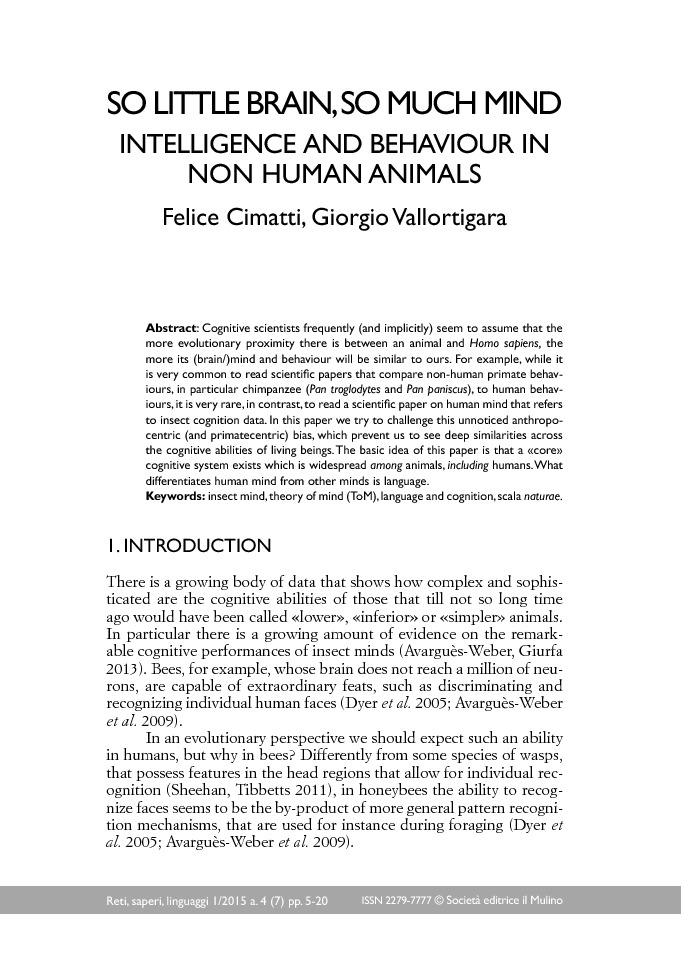