The article analyses the issue of «naturalization» of theory within the field of film and media studies. In this respect, the author distinguishes between two distinct phases of the debate. Since the mid-nineties, the issue of dialogue with the empirical sciences arises at the level of research methodology and rhetoric of scientific discourse: the North American theory seeks its own «neo-positivist» way in contrast to the anti-positivism characterizing the continental theory. However, a decade later, the landscape changes; indeed, following the closer dialogue with neuroscience, experimental research on perception and evolutionary psychology, a large part of the film and media theory takes as its object of study the organism of the viewer; accordingly, the naturalization turns from a methodological level to an ontological one. This ontological turn of naturalization poses a number of epistemological problems concerning the tasks and more deeply the very status of the theory of film. In this context, the author advances the proposal for a common operational framework involving both humanistic theory and empirical sciences, which he labels «neurofilmology». 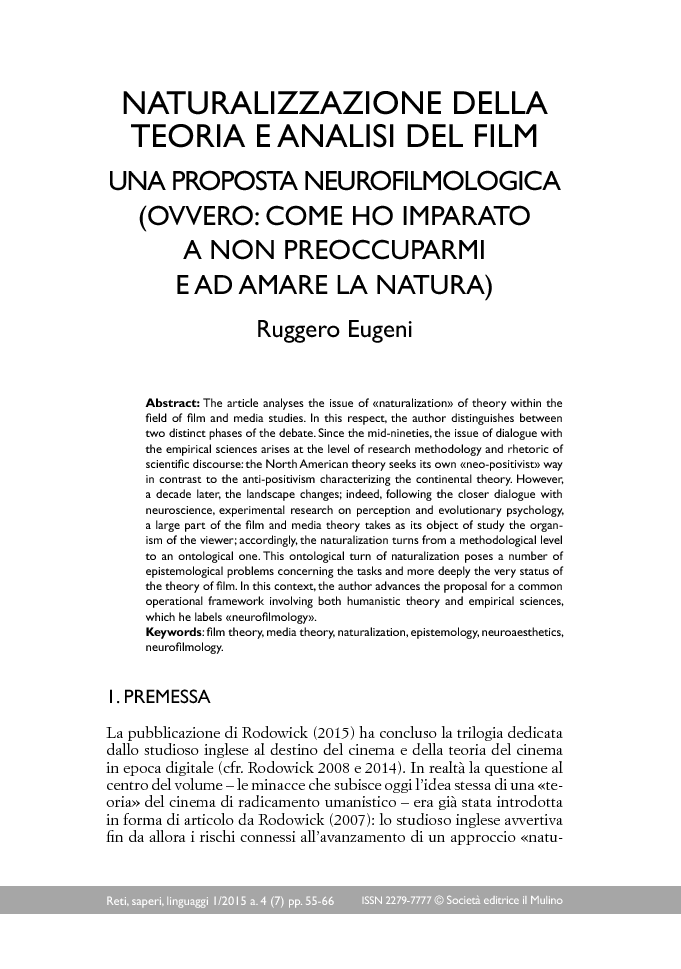