Although spectatorship is central to performance, very few studies have taken into account ways in which recent neuroscientific discoveries about the recognition, processing, and experience of action and emotion can help us understand spectatorship as an "act" in and of itself. Here I explore spectatorship as an act of emotional contagion that occurs at the neural level through the joint embodiment of action and emotion via visual and auditory perception - which are always already interpretive acts. Emotional contagion refers to the tendency to «pick up» the emotions of another person and to «converge emotionally» (Hatfield et al. 1994, 5 and 2011, 19). It consists of three stages: recognition of an emotion through mimicry, joint embodiment of the emotion which leads to empathy, and finally contagion. «People tend a) to automatically mimic the facial expressions, vocal expressions, and instrumental behaviors of those around them, and thereby b) to feel a pale reflection of others' emotions as a consequence of such feedback. The result is that people tend c) to catch one another's emotions» (Hatfield et al. 2011, 26). This leads to the spectator converging emotionally with the performer (and often with other spectators) in a shared embodiment of that emotion. 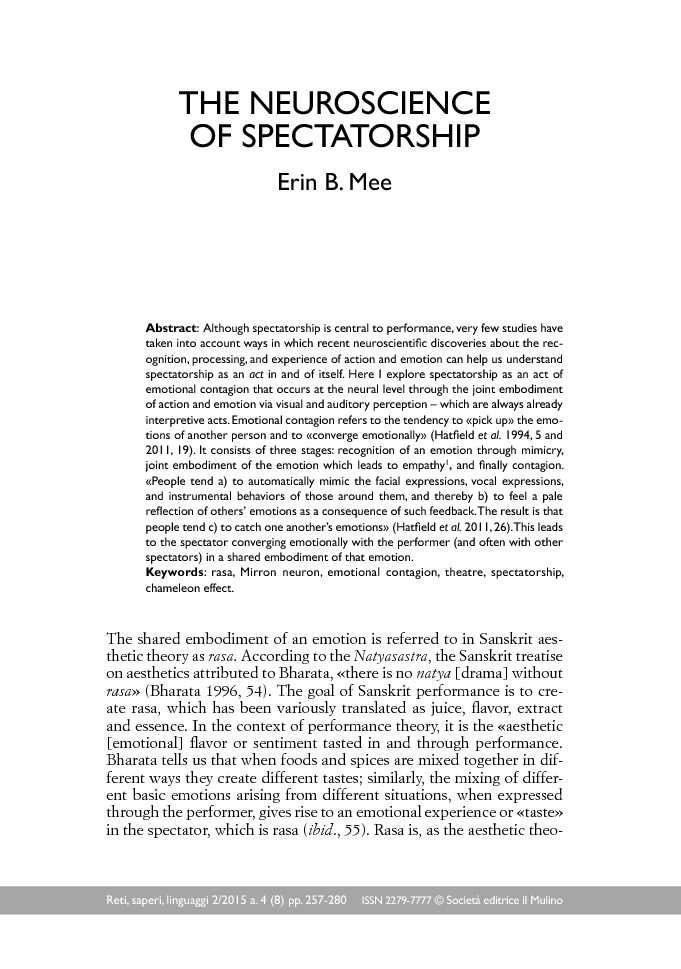