After Grice's claim that intention has a key role in determining meaning, communication has been often viewed as an intentional activity. However, problems arise when scholars place this claim within a model of how intentions guide language production, since the available models differ widely as to the way in which intentionality can be reconciled with the automaticity present in dialogue. This is true also for other communicative means such as co-speech gestures, communicatively intended but yet largely automatic movements accompanying speech. This paper will review the main theories about the role of intentionality in gesture production and comprehension, and it will discuss their prevailing assumptions that utterances are consciously planned in advance, and that intentionality is a purely high-level mechanism. In contrast, we outline a model in which intentional planning - in speech, gesture and action - is largely based on low-level mechanisms at the core of the complexity of human interactions. 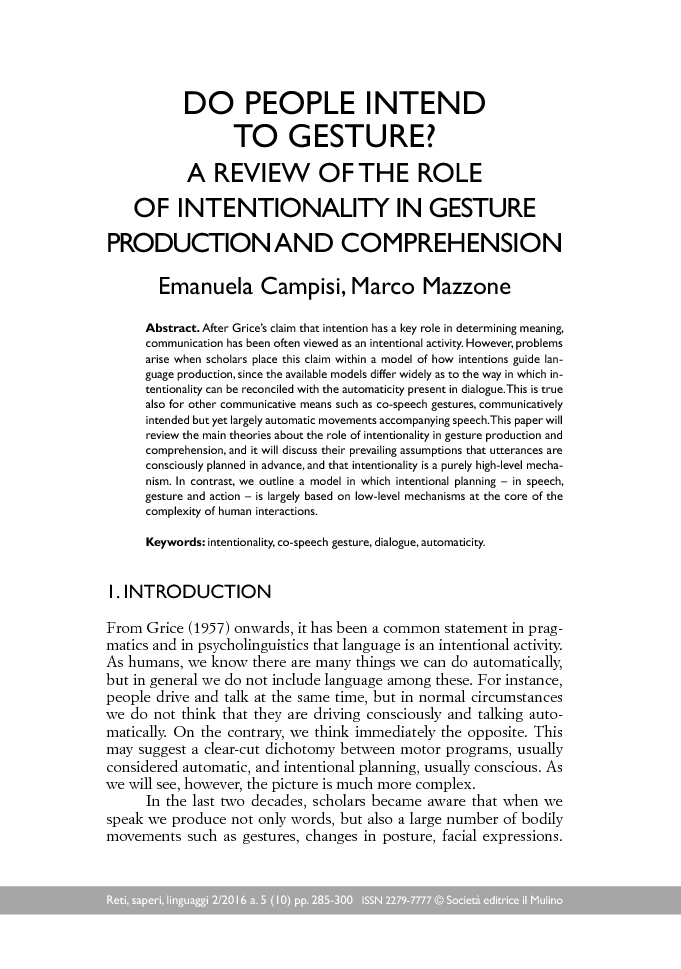