I discuss the classic autism case study of Nadia, who became famous in 1977 thanks to Lorna Selfe. I examine it in light of new studies on the philosophical concept of inner speech and on more recent phenomenological observations on autism. I specifically consider two thesis, that of Nicholas Humphreys published in 1998 that compared Nadia's drawings with pre-modern humans' art, and that of John Willats (2005) that proposed a comparison between the linguistic and the drawing development based on chomskyan theoretical background. To accept both of them Nadia's drawings (in her genial phase) must be considered as a result of her absence of language. In the last paragraph, I discuss this question. Although the solution is not definitive, I tend to exclude both hypothesis, and in doing this I use the vygotskijian concept of inner speech and some of numerous empirical studies produced in the last decade about the alteration of the use of inner speech in the autistic population. The gist of my argumentation is that, even if there is an alteration in the use of linguistic intelligence in the autistic population, there is never a competition between linguistic and visual intelligence nor in autistic neither in non-autistic population; also in cases in which the two intelligences seem to grow together as in the case of Stephen Wiltshire (Sacks 1995). 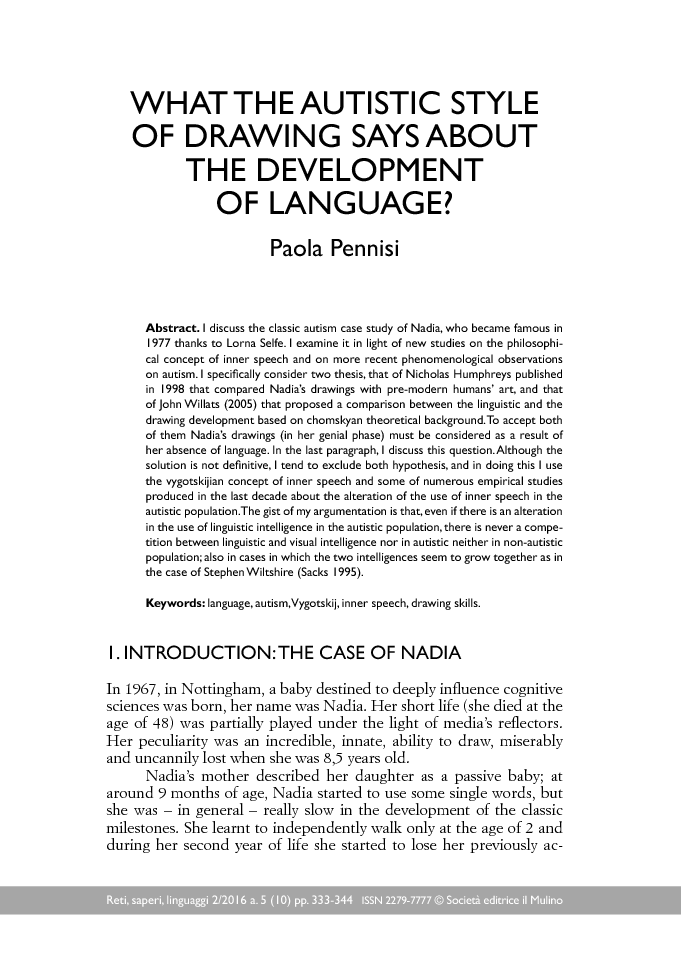