In this article, we would like to provide a definition of «linguistics context», basing on the dialectical socio-cognitive perspective of Kecskes. On pragmatic investigation, the notion of context is still such a confused one, because this includes a complexity of factors - linguistic, epistemic, physical, social, cultural - that affect the meaning of expressions. Our notion of context is based on Kecskes' idea, described in his paper «The effect of salience on shaping speaker's utterance»: speaker's utterance is always shaped by social and individual factors, by recipient's design and salience. According to Kecskes, the context of a sentence is always a dueling context, namely it is, at the same time, the situational context, shared by both speaker and hearer, then the situation in which a sentence is expressed, but it is also a prior context, that is a private context, present only on speaker's mind, strictly linked to his personal knowledge and experience, which influences the way in which lexical items are stored in the speakers' mind. When the speaker uses a lexical unit to produce an utterance, his private context is activated top-down by salience. So, for the speaker there is an inter-label hierarchy, which operates in the first phase of production, when he looks for words to express his meaning. 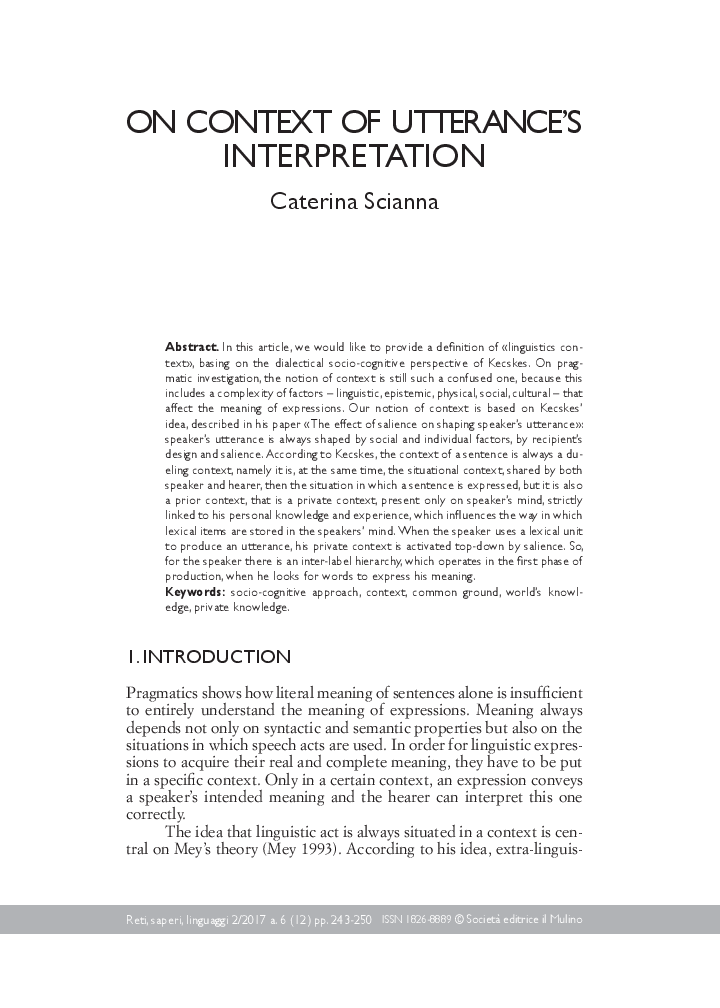