Several studies on syllogistic reasoning in schizophrenia seem to show that schizophrenics don’t present deficits in this area (Maher 1992; Kemp, Chua, McKenna, David 1997; Owen, Cutting, David 2007). Owen et al. (2007) even showed that schizophrenics reason better than normal people under certain circumstances. On the other hand, recent research in the psychopathological area, demonstrates that individuals’ performances improve, when the task content is relevant for the patients’ disorder (e.g. Johnson-Laird, Mancini, Gangemi 2006; Gangemi, Cardella 2014; Gangemi, Mancini, Johnson-Laird 2013; Blanchette, Campbell 2012). Accordingly, we hypothesize a similar improving in schizophrenic patients’ performances, depending on the tasks’ emotive content, and its implausibility (i.e. against «common sense»). In an experiment, schizophrenic patients and healthy controls were presented with both emotional-generic and emotional-relevant syllogisms (i.e. delusions). Within each set, some statements were plausible and some implausible. Results show that patients outperformed controls when the task-content was emotional and related to them in a personal way (i.e. when the task was delusion-specific), and when common sense and logic conflict. 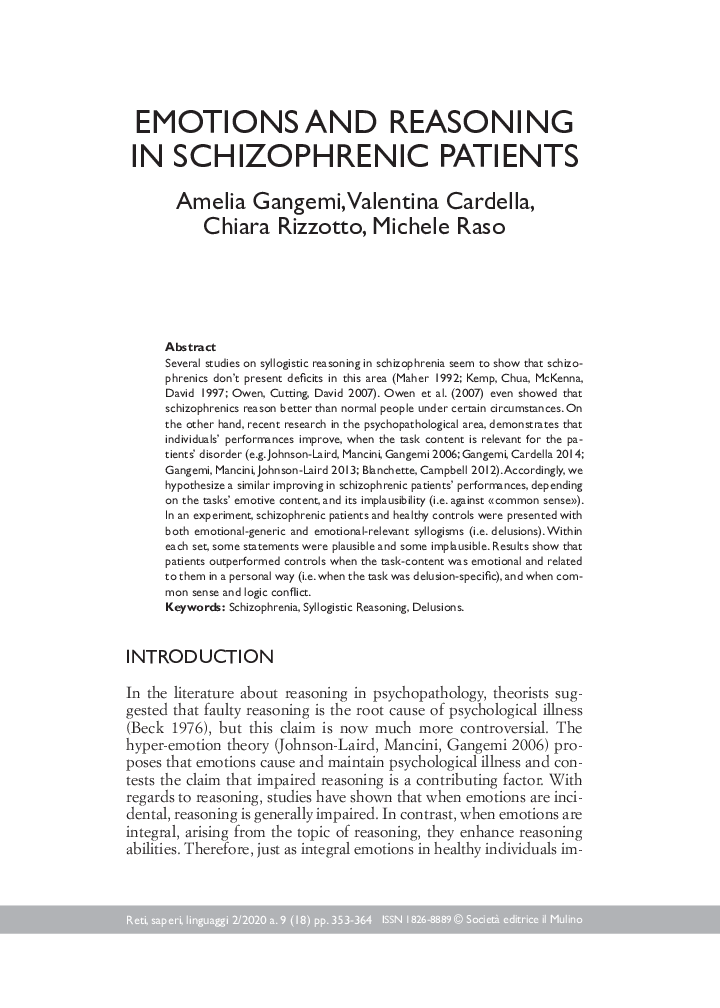