The story of Pinocchio is part of a long tradition of myths about the animation of the inorganic, the archetype of which is the story of Pygmalion. However, from his very first appearance in the book, when he is still a piece of wood, Pinocchio manifests the opposite prerogative of reducing what is endowed with life to the inorganic; rather than «Pygmalion effect», we should speak of «Medusa effect». In addition, the animation rituals performed in the first chapters are characterised by a parodic quality that casts doubt on any human claim to bring the living into being. By narrating the adventures of his puppet, Collodi problematically confronts a question that has become a burning issue at the time, with the affirmation of pre-cinematographic techniques of image animation, to which reference is made several times in the book. The conclusion of the story alludes to a solution that rejects both the hybris of the sorcerer’s apprentices of the living and the renunciation of a relationship with images as living realities. 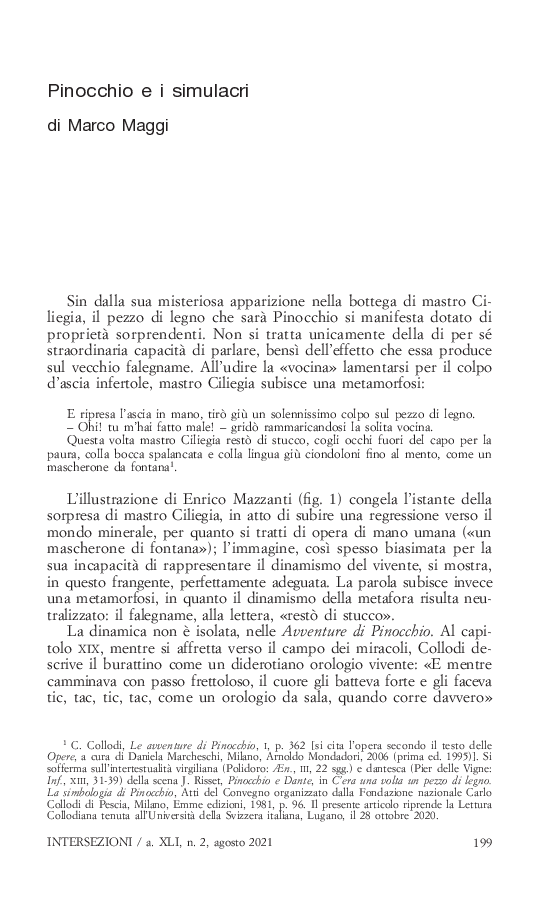