At the turn of the 19th and 20th centuries, the reception of Renaissance culture experienced an extraordinary flourishing in Russia. The main philosophical and aesthetic principles of the Italian Renaissance were at the centre of attention of several chief representatives of Russian philosophy. The paper discusses some accounts on the Renaissance, from the Russian Silver Age and throughout the 20th century. The author shows how the key topics of Renaissance authors (creativity, renewal, virtue, activism) resonated profoundly with Russian intellectuals of the fin-de-siècle generation, that was marked by a particular religious-philosophical attitude to history, society, personal transformation and spiritual growth. The paper also examines how the secularism, individualism, and rationalism of the Renaissance were severely criticised in Russian religious philosophy. In order to demonstrate the different attitudes to the Renaissance in Russian culture, the author focuses on three cases: the downright hostile anti-Renaissance views of Pavel Florensky, Aleksei Losev’s criticism of the Renaissance in his early works in contrast to his more positive, ambivalent view in The Aesthetics of the Renaissance, and Vladimir Bibichin’s apologetical overturning of the accusations against the Renaissance in Russian philosophical culture. The author highlights that Bibichin sought to draw attention to the lessons of the Renaissance epoch that could help break multiple dead ends in post-Soviet historical and cultural development. 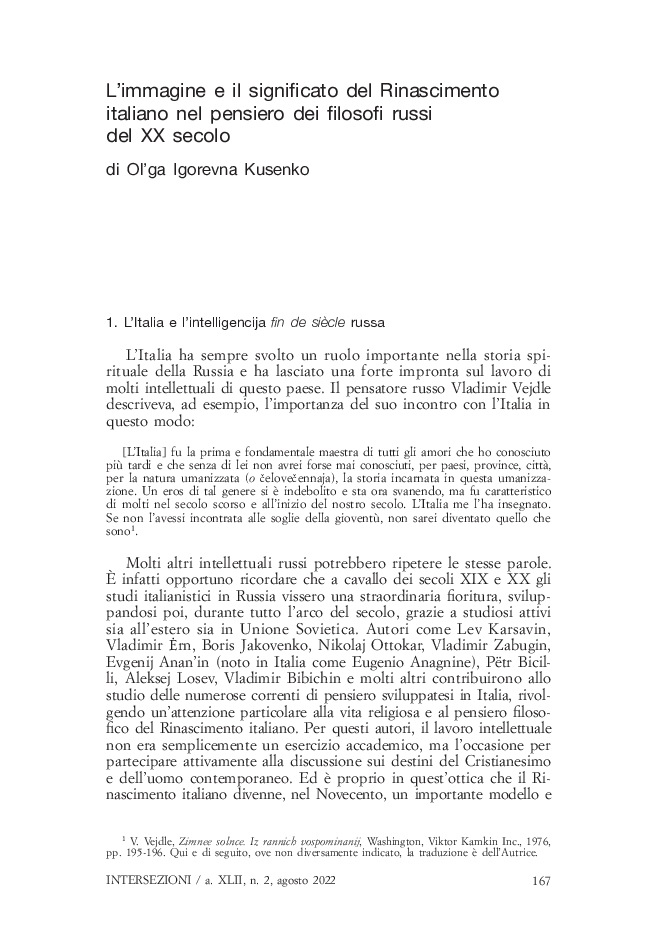