This paper is aimed at elucidating some aspects of the general relationship between art and mathematics, with a special focus on the connection between topological concepts and artwork objects. We analyze this relationship by exploring the dynamic organization and global features of three key «objects-concepts», i.e.: knots, holes and spaces, and try to show that they deeply tie the artistic work and the mathematical work. This link reveals that mathematics and art have a common background, namely the phenomenon of creation, and that they pursue the same goal, which is the search for new beings endowed with peculiar qualities and meanings. Knots and holes intertwine in several ways and they reorganize the configurations and dynamics of space at different levels. Accordingly the purpose of this essay is to investigate the transformations' modalities and the meaning' effects that these interlacing is able to generate. We further struggle to show that, in some sense, knots and holes are intimately connected and often linked to the same flow of changes and events in space and time, and also to a variety of related forms. This essay is an attempt to give a precise mathematical and artistic meaning to this metaphorical statement. 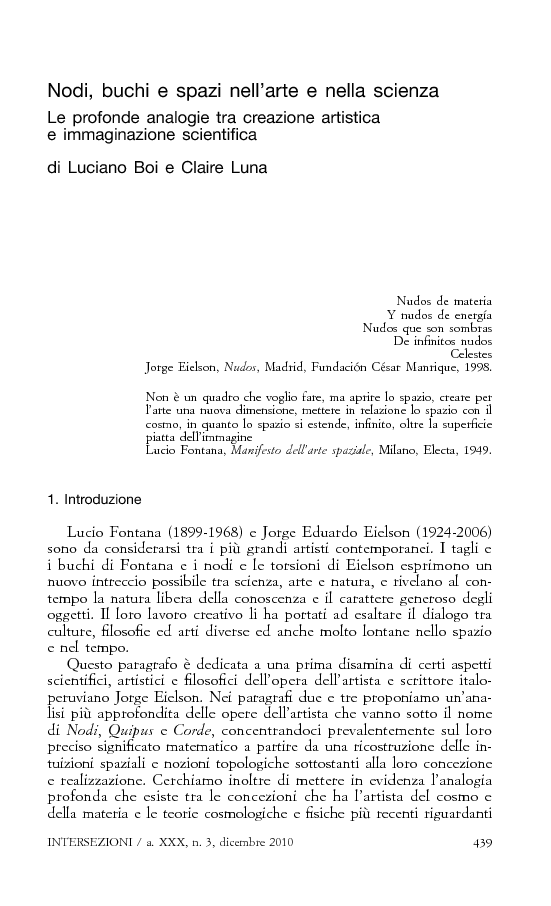