One of the main topics in Giovanni Boccaccio's Genealogia is the relationship between poetry and Truth. If the poetic mythology of pagan authors is concerned with false Gods, how can the Truth be found in it? Although the Christian hermeneutics of paganism and the auctores had a millennium of reflections and practices behind it, when it reemerged during the XIV century scholastic philosophy changed the terms of this question radically before the answer embraced new solutions in the High Renaissance. The originality of Boccaccio's position lies in his attempt to assign poetry with a supreme cognitive function, which originated from religious practices, making the poet a genuine inspired prophet (following Dante's model). This allows Boccaccio to overcome the allegorical compromise of exegetical tradition and, at the same time, the scholastic devaluation of poetry because it is structured by metaphorical language. 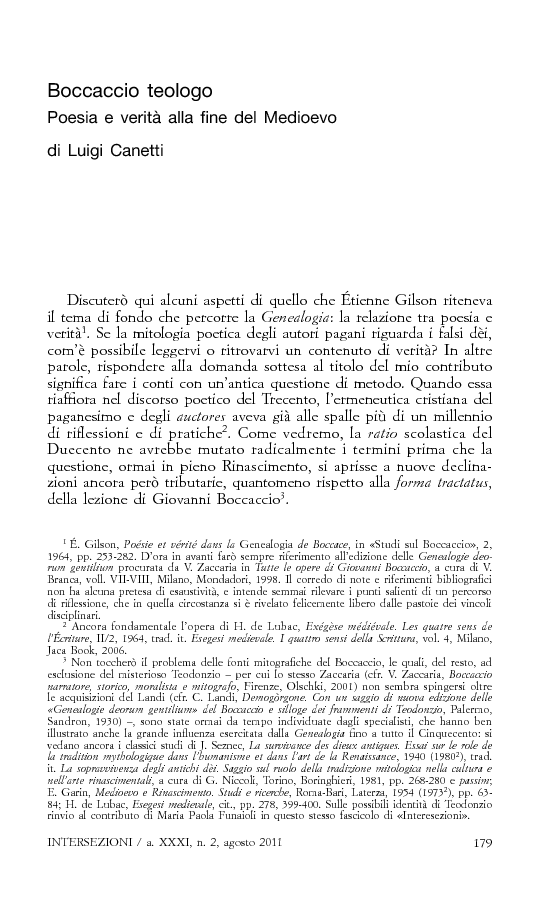