Edited in the same years, between 1868 and 1871, De Sanctis's "Storia della letteratura italiana" ("History of Italian Literature") and Carducci's lectures "Dello svolgimento della letteratura nazionale" ("The Development of a National Literature"), both derive from earlier works and lessons. These two models of literary historiography gave rise to two opposite traditions of Italian criticism, with a prevalence of De Sanctis's point of view especially in the 20th century, thanks to Croce's edition in 1912. On the other hand, Carducci's teaching was prominent in the last decades of the 19th century, because of a wide network of pupils, followers and scholars, his role in ministerial boards for introduction of educational textbooks, as well as his continuous teaching and management efforts in schools. Here we want to highlight that these two texts, underlying two opposite points of view, are actually involved in a dialogue about the turning point 'Humanism-Renaissance'. The positions of De Sanctis and Carducci, apparently divergent, can be rather seen as complementary, and less contrasting than the two critics and their followers believed or appeared to believe. 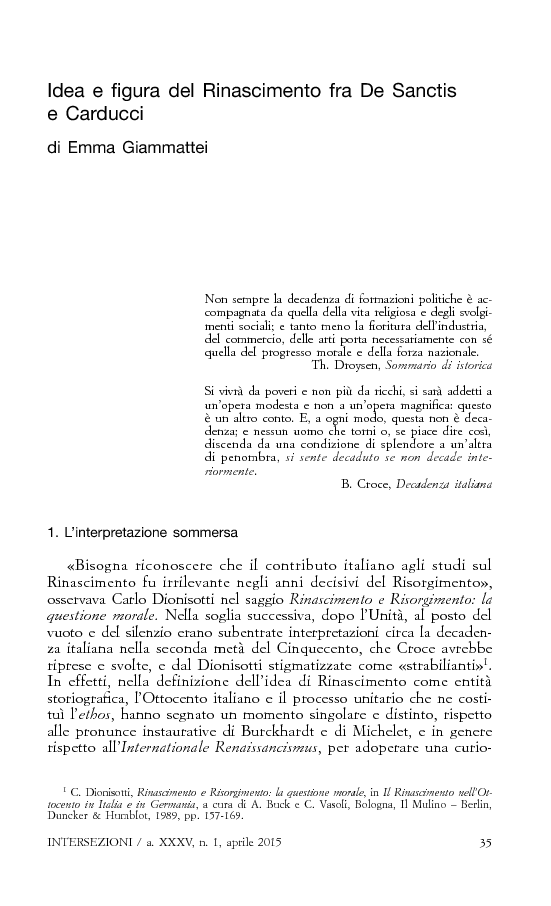