In the ninety-sixties, the utopian mission of the so-called «radical avant-garde» swept across Florence, the quintessential historical city and, in just over a decade, threw into crisis the principles and theories of the Modern Movement concerning how we conceive and inhabit the city. Happenings, photo montages, video, performance, were all seen as useful tools for conferring immediacy and effectiveness on the communication of ideas. The text examines these events and demonstrates the degree to which they foreshadow the contemporary urban scene. It also explores the political effects produced by the architect's modus operandi which is neither hackneyed nor taken for granted, but fiercely critical and able to engage others, to stimulate minds to transgress pre-established certainties and structures of everyday life, emphasizing issues such as the personal creativity of individuals, freedom of expression, and the power of imagination. The radical architects of Florence, in a pungently critical way, came to terms with the future (now more than ever demonized, immersed as we are in the easy shortcuts of the Internet), bringing Florence and its reputation into play also through this short but important and intensely creative episode of recent history, in a certain sense, recalling the polemical character and radical open-mindedness of the Florentine futurist avant-garde in early twentieth century. 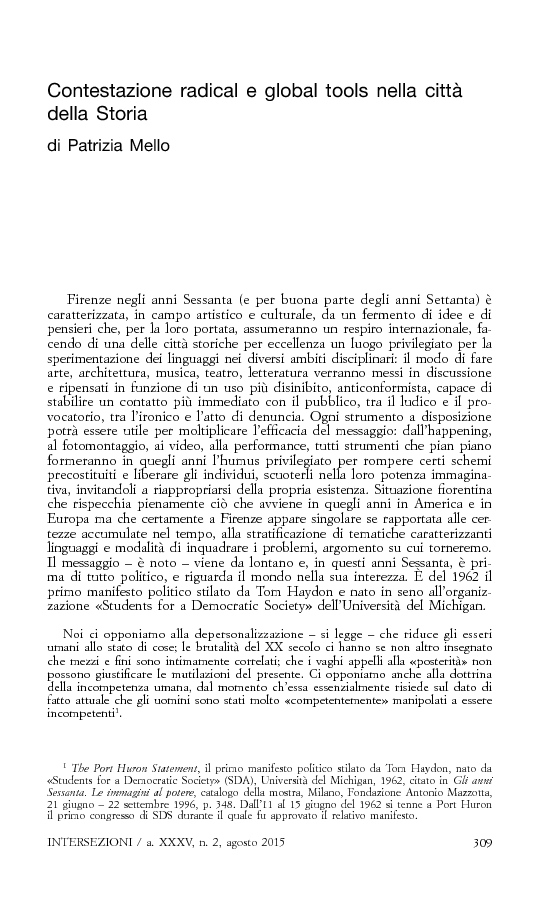