In the "Prolegomena", the first volume of Logische "Untersuchungen", Husserl tackles the Machian theory of science by elaborating a critique of the principle of economy, identified as a particular example of logical psychologism. The relation between Husserl and Mach, however, is not only of confrontational nature: the studies carried out by the Austrian physicist in the physiological and psychological ambit are of critical importance for understanding the origin of the phenomenological method. As acknowledged by the founder of phenomenology himself, the Machian methodological approach represents the starting point for elaborating the concept of "phenomenological reduction". The essay aims to create a comparison between Husserl and Mach by highlighting, among the other things, the profound differences between Mach's phenomenalism and phenomenology, which mainly pertain to topics of utmost importance, such as the conception of subjectivity and the theory of object. Such differences are referable to that which constitutes one of the main characteristics of phenomenology, that is, the argument against naturalistic reductionism. 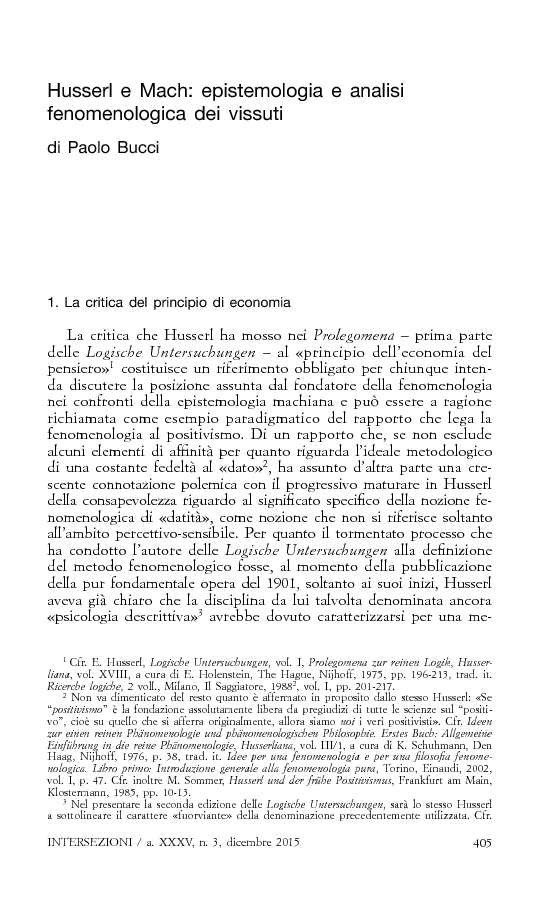