Although excluded from the standard account of the history of philosophy, Catharine Trotter Cockburn (1679-1749) avoided the seventeenth-century bias against female intellectual skills, and was an active contributor to the early modern philosophical discourse. Extraordinarily, she learned Latin and French as a selftaught and became a famous playwright soon in her life. In this paper, the author focuses on Trotter's moral philosophy, arguing that, since this was grounded on the view that all human beings are naturally provided with reason and inclined towards sociality, it can be regarded as an ethical rationalism. Furthermore, although Trotter was clearly inspired both by John Locke and by Samuel Clarke, she was not a mere handmaiden of these well-known philosophers, but her thought was original and independent in many respects. 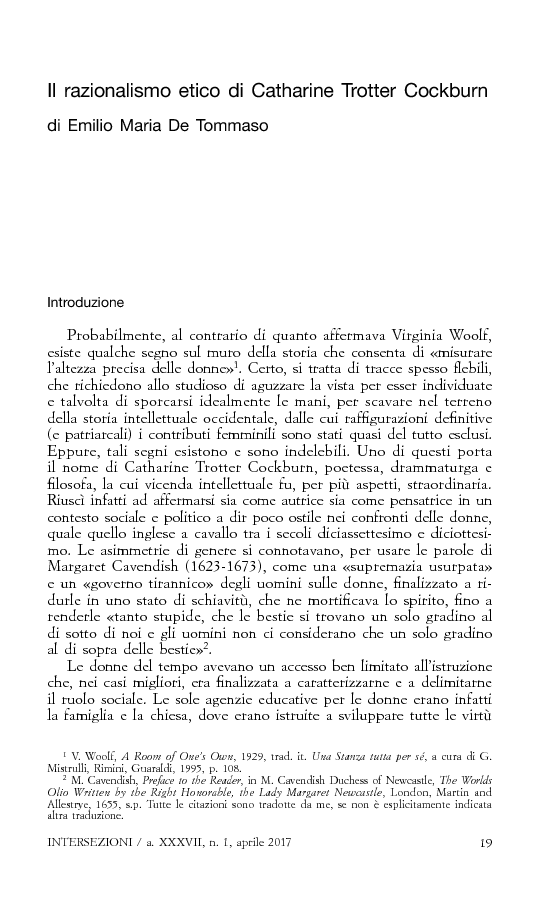