This essay is a critical and historical analysis of the notion of restlessness - and its opposite, calm - in Leopardi's works, with a particular emphasis on the early poem "Appressamento della morte", the "Zibaldone" and the "Operette morali". The article will start explaining the complex meaning of the two terms and concepts in different phases of the poet's thought. Then, it will show how calm in Leopardi can be understood not only as a state of quiet and tranquillity but also as pernicious inactivity and death in life. Similarly, restlessness can be intended as anxiety and impatience as well as enlivening activity and distraction. In so doing, the paper also aims to analyse the concept of restlessness pointing out similarities and difference between Leopardi and his philosophical and literary influences, both attested (e.g. Pascal, Rousseau) and uncertain (e.g. Montaigne). 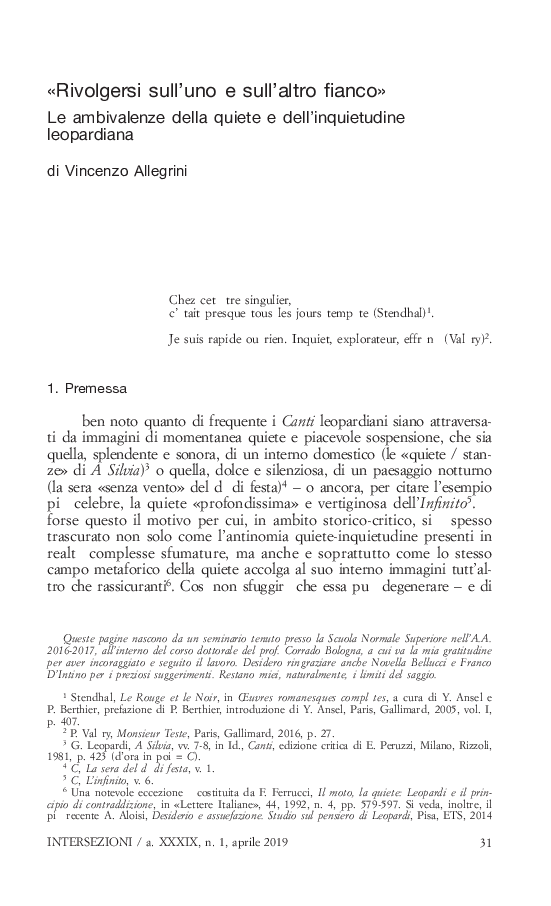