This article focuses on an intellectual debate that arose in France from the discovery of the culprits of a horrific crime that happened in Lyon in 1692 by means of a divining rod, and which could highlight the impact that the new science had had on early modern mentality. Although this debate may appear to be a mere dispute between supporters of the natural origin of the power of the divining rod and supporters of a supernatural source of it, it will be demonstrated that the situation is much more complex, since both parties applied the same lens to read nature, i.e. mechanism. In this regard, it is worth noting that one of the consequences of extending mechanism to every aspect of reality is that some of those traditional supernatural entities, such as the devil, which Nicolas Malebranche among others used to justify the behaviour of the divining rod, were (re)introduced within a scientific explanation of nature. 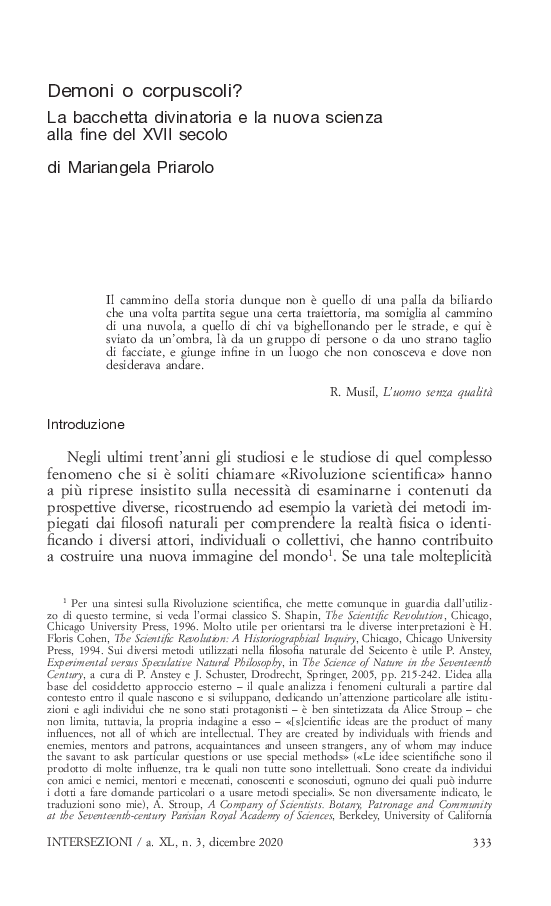