Of the many conspiracy theories that involved Donald Trump’s administration, QAnon is without a doubt the most significant and most impactful, especially in the aftermath of the 2020 presidential elections. But QAnon is not just a conspiratorial narrative: it has slowly become a way of seeing and interpreting the course of history, and has coagulated around itself a movement that monopolises the far right of the American political space. It envisions a struggle between Good and Evil, with Trump as its lynchpin and his possible second term as a turning point. This paper reflects on the vicissitudes of QAnon, before, during, and after the elections, both as a conspiratorial way of representing the world and as an example of what Michael Barkun calls improvisational millennialism. 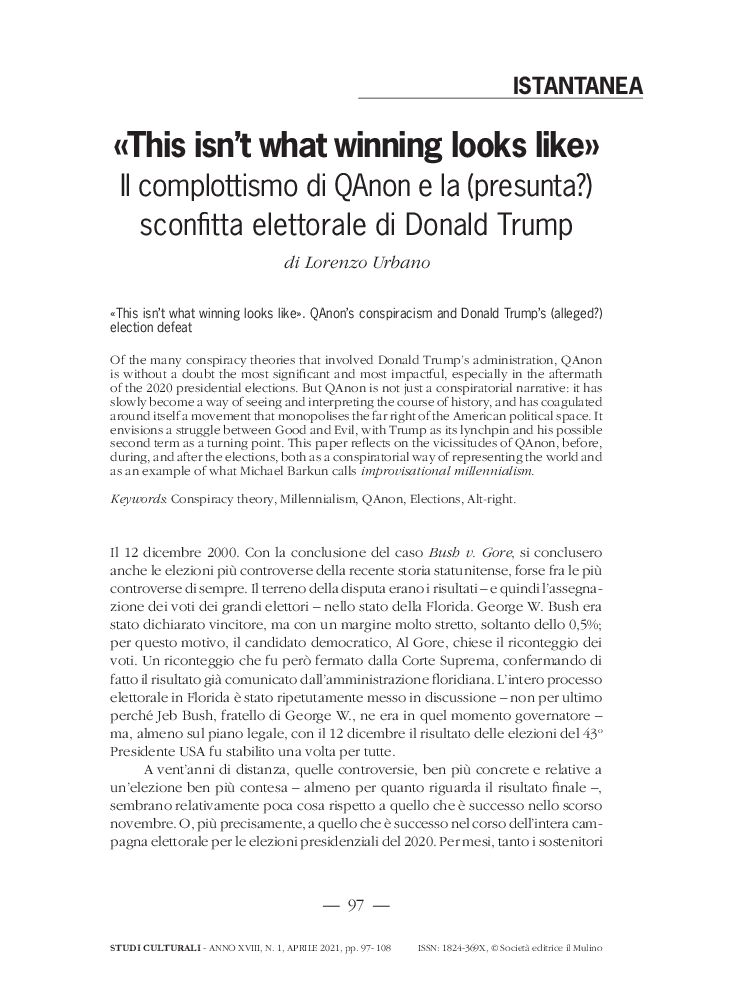