Based on a postcolonial reading of Joseph Conrad’s novel, the performance of The Nigger of the «Narcissus» by the intercultural company Cantieri Meticci debuted in March 2019. It is here recounted in a dialogue conducted between June and September 2020 between the playwright and director of the group, Pietro Floridia, and theatre historian Rossella Mazzaglia. The collective process of creation and the spectatorial modes are described from the first to the last scene, showing the intertwining of history, critical studies, personal biographies and literary narration throughout the process and in the final performance text. Keywords such as stain, mask, orality, migration and slavery are thus explained as to their transposition in an embodied, immersive and relational theatrical form. An unprecedented map of relationships between the themes Conrad developed, the current migratory phenomenon and the ghost of slavery consequently ensues, which also addresses the critical dimension and transformative capacity of theater in today’s society. The interview is enriched with references and illustrative images from Floridia’s unpublished directorial notebooks, Cercando il Negro [In Search of the Negro] 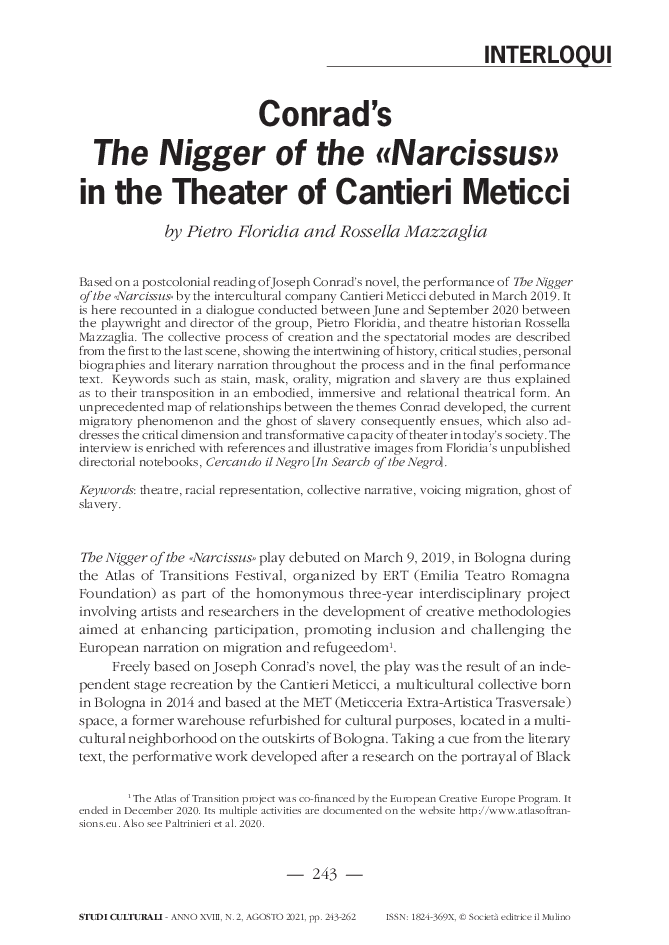