We draw on the experience of action-research conducted in Calais with Le Channel and several artists and exiles in transit in Calais. The context of transit migration due to the border situation in Calais led the research team to consider the special conditions of artistic and scientific work and its ethics, to imagine its places and spaces of action, to tinker with the alliances to build to face up to the politics of «perdition» (Djigo 2019). Cultural actions, often imagined to foster long-term links, had to be redesigned to capture transitory moments of encounters with exiles. Above all, cultural workers, artists and scientists face the specific kinds of violence inflicted on exiles and those who support them. Such political violence affects our subjectivities (Galitzine-Lompet and Saglio-Yatzimirsky 2018). Then, from a care perspective, we tried to analyse the burden of this emotional work. According to the specific forms of migration in Calais, the work of artists, cultural workers, and researchers could be to build spaces with «regenerative» capacities, refuges, through a sort of anthropology of design (Ingold 2013). 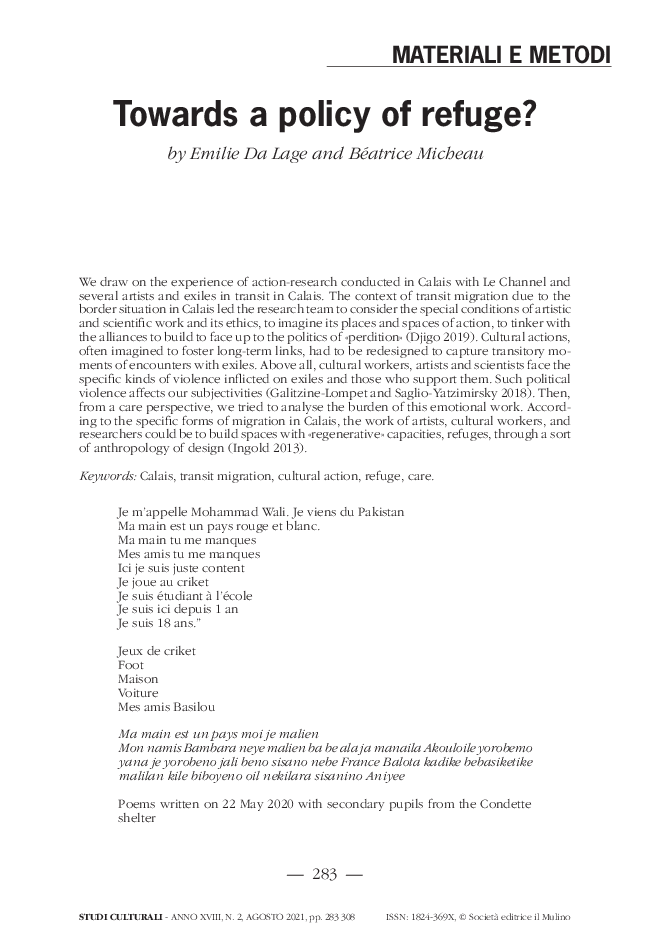