The papers in this roundtable focus on a few key areas of intersection between visual culture and political communication in Italy, addressing examples from television, electoral advertising, news and documentary photography, contemporary visual arts, and visual social media. All the papers draw upon a number of insights emerged by the recent publication of a major photographic book (entitled Il Corpo del Capitano, that is, The Captain’s Body) on the Italian political leader Matteo Salvini, realized by two photographers who covered his political campaigns for two years, observing also his communicative strategies and the political use of his body. From a variety of (inter)disciplinary perspectives – i.e. history, semiotics, sociology of culture and media, contemporary art history – the papers aim at offering an analysis of the media and aesthetic forms and practices of the visual and performative representations of the (male) bodies of the leaders – and their political power – in contemporary Italy. In so doing, the papers raise questions and suggest further research paths on the role of the visual dimension of the mediated, political (self-)narratives and counter-narratives, and, more widely, of the dynamic, conjunctural configurations of the wars for cultural hegemony 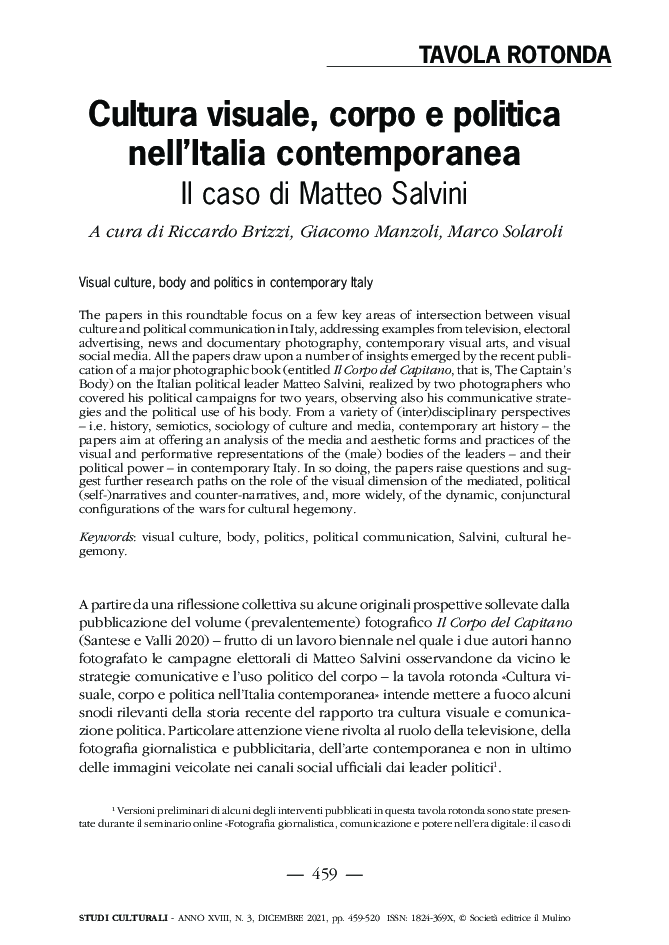