In the last two decades the original subcultural approach to music initiated in the Sixties by the Birmingham School has been much criticized, questioning whether the notion of subculture still constitutes a useful perspective to address today’s music phenomena. On the other hand, the concept of subculture has continued to be adopted in several academic fields, as well as it has firmly established in common language, especially in media and fashion discourses. This article contributes to this debate by reviewing musicology and sociology disciplinary views on subcultures and exploring more in detail four distinctive issues: the role of subcultural theory within popular music studies; opportunities and limits of the subcultural approach to analyse the case of trap music; the relationship between contemporary fashion and musical subcultures; and the role of music technologies in shaping today’s musical cultures. Overall, what emerges is that while subculture as a notion presents ambiguities and limits, being partially overtaken, its fortunes outside the academy have been full and convincing, supporting the prominence of the subcultural discourse in multiple spheres of the contemporary cultural space 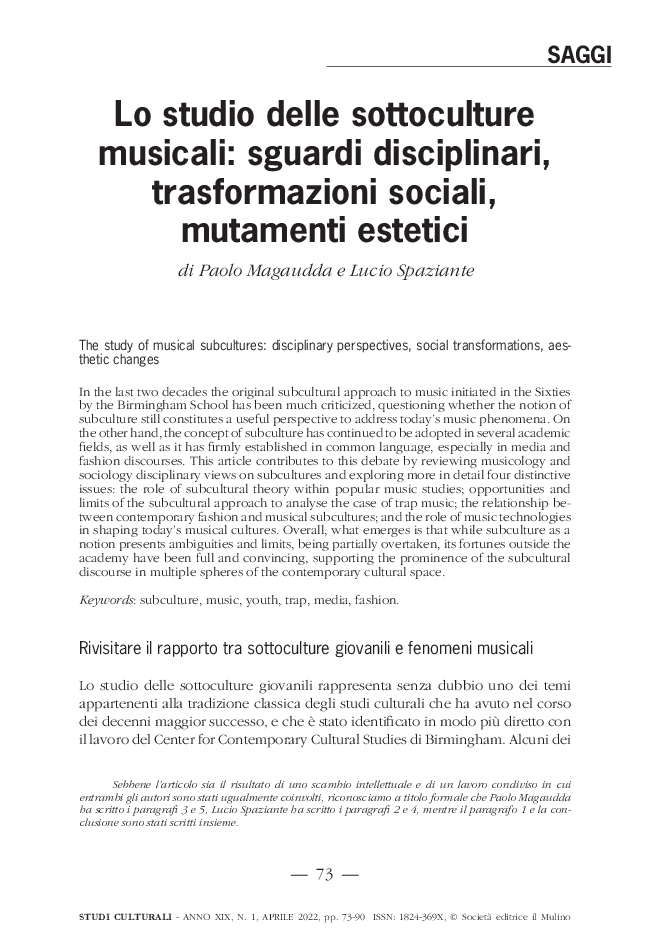